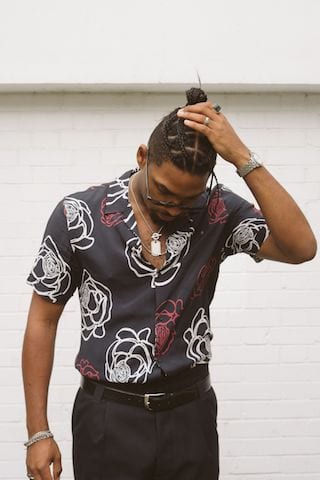 ‘Paranoid’ is a funk-inspired, uptempo, R&B-infused track employing a modern twist on a throwback sound. Centered around punchy synths and a funky bassline, the electro-soul feel of the track brings to mind the work of Prince and Justin Timberlake. Its lyrics narrate the common feelings of paranoia that often come with being in love and in a relationship.

The track was produced and engineered by the same team who helmed BAELY’s previous debut single ‘Talking To The Walls’; Multi-instrumentalists Marco Bernardis and Tyler ‘Lophiile’ Acord who form 2/3 of the smooth R&B trio Radiant Children – also known for their work with Moss Kena and US Grammy-award winning artist, H.E.R. and music engineer, Prash Mistry – acclaimed for his works with Jorja Smith and Mavrick Sabre to name a few.

BAELY was raised as part of a musical family with some of his biggest influences being legendary figures like Stevie Wonder, Marvin Gaye, and Donny Hathaway with contemporary inspiration coming from the likes of D’Angelo, Miguel and The Internet.

For the past couple of years, BAELY has honed his skills behind the scenes, writing and collaborating with an incredible roster of producers and artists alike. He earned his stripes working as a background vocalist for the likes of Jordan Rakei, Will Heard and Kwabs.

Now having caught the ears of the BBC, BAELY had been earmarked to play a stripped down acoustic version of his debut single last month on BBC Radio London, and the news of his latest single is already starting to create buzz. BAELY will also be supporting Radiant Children at Nile Rogers’ curated festival ‘Meltdown’ on 11th August at London’s Royal Festival Hall.

Now ready to flourish as a frontline act, ‘Paranoid’ marks the next chapter in this emerging talent forging a lane for himself in the UK music scene. A confident and irresistibly slick single, ‘Paranoid’ further illustrates BAELY’s ability to craft scintillating music that defies the ordinary. 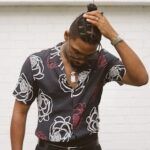