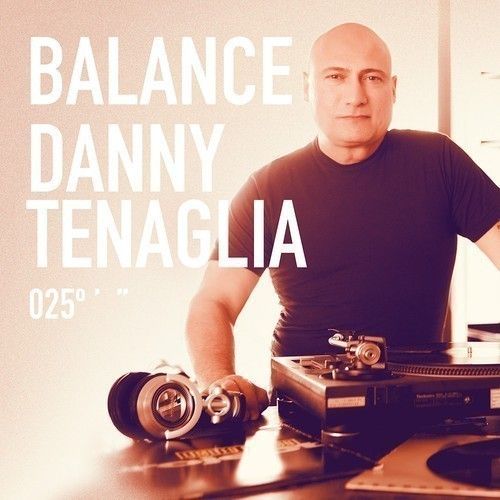 Few DJs have been so consistently revered as Danny Tenaglia. The fact that he’s never been out of favour with the house and techno fraternity is testament to what a talented and passionate selector he remains to this day, some 30 years since he began DJ’ing in his beloved Brooklyn, NYC. From those early years through the birth of tribal and progressive house through to his 4/4 eclecticism and more recent techno-focused output, he’s always remained in that esteemed and elite category of ‘a DJ’s DJ’. Honouring Balance with his first compilation in six years and adding to a body of mixes that includes some indisputable classics, Tenaglia continues the custom of bringing something truly special and unique to the Australian series.

It’s been six years since the release of his last compilation – a long time in anyone’s book. He puts it down to nothing more than the difficulties of juggling DJ’ing and producing – and when Balance came knocking, it was simply a case of timing and reputation. “When I was asked to do this for Balance, I did some research and felt a connection. Balance is a ‘quality, not quantity’ record label and I already respected all of the artists on their roster and thought it would be a great outlet for me to also share a bit of my journeys with people who passionately love dance music. I also appreciated the details that they put into each release.” Accordingly, he has meticulously re-edited almost every track on this engrossing double CD to imbue his own subtle level of extra detail into the proceedings, choosing to present his vision of the (largely) contemporary techno sound that has found him in such good fettle at places like Berghain and his current hometown’s key club, Output.

Tenaglia is still very much a traditionalist when it comes to the compilation format. “I still strongly believe that nothing will ever compare to the feeling you get when you pick up a record or disc, place it in your player, sit back and listen while holding on to the cover and reading the liner notes and looking at the photos” he says. “It takes people’s minds closer to what the true spirit and nature of the project is really all about. I also believe that is extremely important to avid fans and collectors to know as much info as possible regarding each track and who else may have been involved in the process. This is sadly missing from digital downloads. You almost never get to know anymore who the musicians, singers, engineers, and other important people involved are and way too often today the artist and remixers on many releases hog all the credit, and it’s just not fair. I never believed in that. When you give proper credit you receive proper credit.”

TRAKTOR has helped breathe new life into the art of DJ’ing for him, and its presence is clearly woven into this compilation’s DNA in the most creative of fashions. “TRAKTOR has me working harder than ever because now I take many of my favourite classics and find ways to blend them in with much of the new music I love today, which is basically what appears on this CD.” Citing the bursting of the minimal bubble as a turning point for techno, he says the genre’s less frenetic focus has likewise been a huge influence on him. “I could’ve never predicted this but I do feel that techno is most definitely better than ever. That’s mainly because the tempo has finally gotten below 130 BPM. This made techno more soulful, more swingin’, more bouncy and made you feel it like you never could’ve felt it at near 140 BPM.” Indeed, on this Balance mix, you’ll find a slew of cuts slowed down from 130 BPM and beyond to suit his chuggier pace.

Tenaglia wastes no time in making his desires known, the dramatic bass tones and seductive chimes of 04LM’s Tragicaller making for a commanding opener. The mood builds with the soft melodies of Reboot’s Banging Ear Drums, rhythm gaining weight until the gargantuan riffs of MRI’s Es Geht Um Mehr and Dosem’s anthemic rework of Hot Since 82 slice through mix. Things take a turn for the weirder as bugged out technoid grooves take centre stage, Alex Under’s hard jacking stabs and Sanys’ atonal synth grunts leading us through darkness towards the teasing builds of Nicole Moudaber’s rolling Movin’ On. He lets a little of his tribal heritage shine through with a touch of Michel Cleis’ Basement Jaxx re-reub, before Thomas Schumacher’s twanging acid and diva vocals leads us towards a dubbed-out closer.

His second disc again teases tribalism in its early stages, finding the sweet spot between those infectious rhythms and the driving energy of techno, his re-editing magic now in full effect as the re-warped vocals of The Yellowheads’ Red Light District weave around a galloping groove and Antigone’s metallic refrains get some auxiliary support in the rhythm section. The ethereal tones and chattering breakbeats of Dax J’s Dreamscape appear like a beacon of light alongside these moodier textures, as does Laurent Garnier’s triumphant remix of Gregor Tresher’s Nightcolors. These moments of euphoria are tantalisingly fleeting though, as things get tripped out again through mind-bending snippets of Herva and 2 AM/FM, and through the deep techno of Craig McWhinney. It’s a brutal finale, leading through Jonas Kopp’s incessant thumping, Sin Sin’s heady energy and Exploit’s UFO pounding us into submission.

The tougher vibe embodied in this compilation may come as an initial shock to some Tenaglia fans, but it’s as oozing with charisma, atmosphere, sleaze, drama, emotion, tension and energy as anything he’s ever done. Repeated listens reveal hidden details, and it’s inspiring to hear someone who has been doing their thing for so long continuing to embrace the cutting edge while still weaving in lesser-known gems from the past.