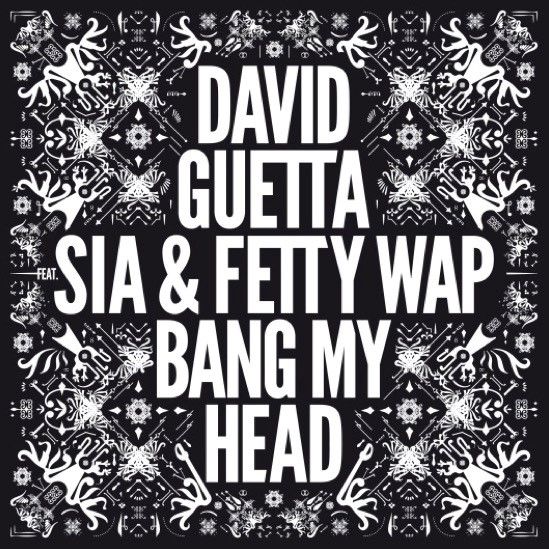 Out now, ‘Bang My Head’ is the first of eight bonus tracks to be revealed from ‘Listen Again’ and is a testament to how colossal a producer David Guetta is. Joining forces with Sia – with whom David first worked with on sparkling international hit ‘Titanium’ – and Fetty Wap for the first time, ‘Bang My Head’ feels like one of the biggest tracks of his career. Emotive and powerful, Sia’s heartfelt vocal is the perfect contrast to Fetty Wap’s grittier tones, while David’s catchy, melody-rich beats are sure to prove a massive hit with his millions of fans.

‘Listen Again’ itself will feature all 14 original album tracks, alongside eight bonus tracks including new single ‘Bang My Head’ and club tracks ‘Bad’ alongside Showtek and ‘Shot Me Down’ ft. Skylar Grey, as well as exclusive, never-before-heard David Guetta material. ‘Listenin’, a bonus continuous album mix, will also feature as part of the ‘Listen Again’ release package.

Having been nominated for the MTV EMA, NRJ and AMA Awards, as well as recently winning the Cutting Edge ‘Project Of The Year Award 2015’ for the groundbreaking, dual-screen video to album single ‘Dangerous’, ‘Bang My Head’ and the news of ‘Listen Again’ are both sure to feed into the buzz surrounding David as he looks to close out 2015.

‘Listen Again’ will be released on November 27th.
Pre-Order it here: http://smarturl.it/DGuettaListenAgain

Spotify Competition – ‘Listen Again’
Fans who stream the ‘Listen Again’ playlist via Spotify from October 30th will also be in with a chance of winning a once-in-a-lifetime trip to see David perform in Dubai on New Year’s Eve, 2015.