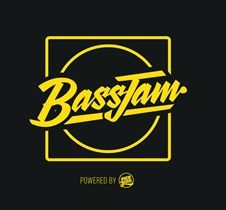 House, bass and garage club night, Bass Jam, will return on Saturday 28 January 2017 with its biggest event yet. Not only will it return to its residency home at the Bolton Macron Stadium, but simultaneously on the same night, Bass Jam will take over the Q Club in Birmingham for its midlands debut. Whether in Bolton or Birmingham, the lineup is huge, with acts playing to crowds in both cities, on one night, as well as some tailored additions at each event. The January bill includes Wiley, Bugzy Malone, Redlight, Low Steppa, DJ Zinc, DJ SKT, Mistajam, 99 Souls, Kideko and more. Tickets for both events are now on sale from £15 + bf via www.skiddle.com

Since its launch in February 2016, Bass Jam has gone on to cement a name for itself as one of the freshest club nights around. From the creators of the highly successful Pier Jam daytime clubbing events on Blackpool’s North Pier, Bass Jam has been flying the flag for the UK house, bass and garage scenes at the 3,000 capacity Bolton Macron Stadium, with lineups featuring Katy B, Sigma, Amine Edge & DANCE, Big Narstie, Mistajam, Low Steppa and more. With its proverbial feet now firmly under the table in Bolton, it’s now time for Bass Jam to bring its dancefloor mayhem to Birmingham.

Kicking off at 9pm on Saturday 28 January, clubbers in Bolton and Birmingham will be treated to some of the same killer performances, and with unique lineups additions at each event. Running the gauntlet of the M6 to play both parties is headliner Wiley, who’ll demonstrate the skills that have earned him two UK Top 10s and a UK #1 with ‘Heatwave’, in a live PA. Joining the dual lineup is grime MC, Bugzy Malone, one of the key players in the grime revival movement; DJ S.K.T – the skilled producer behind hit singles ‘Take Me Away’ and ‘All I Wanna Do’; the multi-talented remixer and producer Jamie Duggan whose remix credits include Wiley himself; and Kideko who along with production partner George Kwali were responsible of one of the year’s biggest tunes, ‘Crank It (Woah!)’.

At Bass Jam Birmingham, clubbers will be treated to their own exclusive sets with the additions of Radio 1 Xtra’s Mistajam; house outfit 99Souls, best known for their UK #5 with Destiny's Child / Brandy and Monica mashup ‘The Girl Is Mine’; Birmingham’s hottest house export Official Nancie; and more heavyweight local talent from Rue Jay and George Kafetzis, the brains behind some of the midlands best attended parties, Spin and Our House, respectively.

The first Bass Jam of 2017 is already looking to go off the scale. Tickets start from £15 + bf and are available from www.skiddle.com. VIP tickets are also available from £25 + bf with perks including fast-track entry, private bar and toilets, and, in Bolton only, mezzanine level access for the best views in the house.

Keep up to date with all the latest Bass Jam news and updates on Twitter @bassjamuk.