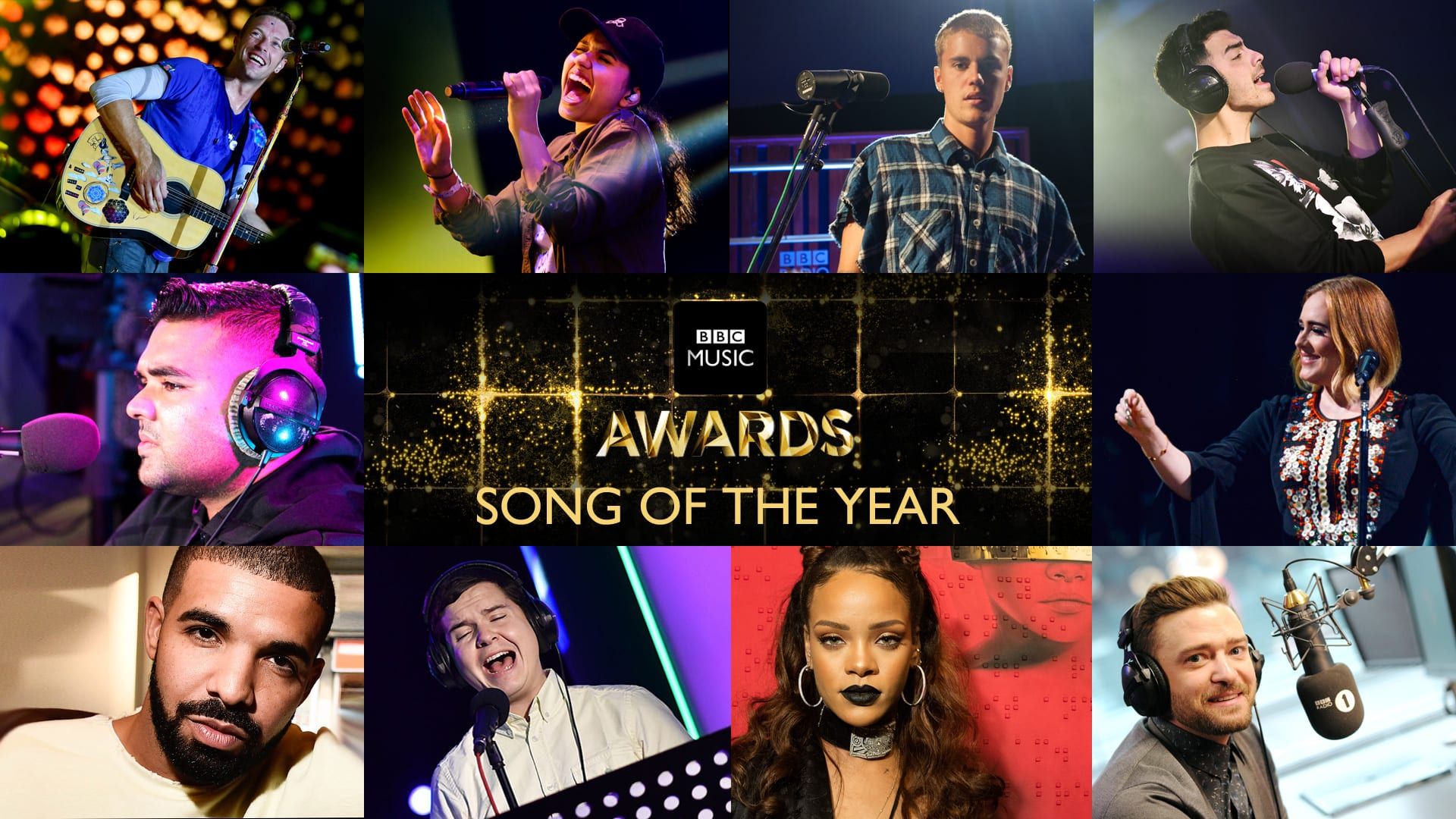 The BBC has announced the ten songs shortlisted for the BBC Music Awards 2016 ‘Song of the Year’. Voting for the award is open to the public today (7 December) from 7am-8pm.

The winner will be announced at the BBC Music Awards which take place on Monday 12 December at the ExCeL London, broadcast live on BBC ONE and hosted by Fearne Cotton, Claudia Winkleman and Gemma Cairney. The BBC Music Awards will premiere in the US on BBC America on 14 December.

The shortlisted songs are those which have received the most airplay across the BBC’s pop music radio networks over the last 12 months. It is compiled for the BBC by PPL. It features some of the biggest names in music.

The shortlist for BBC Music Awards 2016 ‘Song of the Year’ (in alphabetical order) is:

Votes must be cast between 7am and 8pm and can be submitted via SMS or online at www.bbc.co.uk/music.
Bob Shennan, Director of BBC Radio and Music, said: “The BBC's pop music radio networks are integral to the success of artists across the music industry. This shortlist features some of this year’s biggest hits, so now it’s up to the great British public to decide who should win the coveted ‘Song of the Year’ award.”

The BBC Music Awards are broadcast live on BBC One at 8.30pm with programming on Radio 1 and Radio 2. The star-studded event will feature the biggest and most iconic UK and international artists, including stellar performances from Robbie Williams, Emeli Sandé, John Legend, Craig David, Kaiser Chiefs, Lukas Graham, Zara Larsson and The 1975. BBC Introducing Artist of the Year has been announced as Izzy Bizu and she will also be performing. Follow @bbcmusic for more updates.