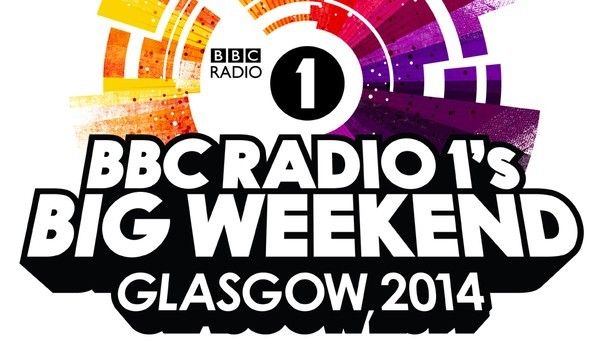 It was announced today that Radio 1 DJ’s Annie Mac, Pete Tong, Zane Lowe and Danny Howard will be joined by some of the world’s biggest DJ’s on Friday 23rd May to host a massive party for 14,000 music fans live from Glasgow’s iconic George Square. Other big name DJs involved in this event will be announced in the coming weeks.

BBC Radio 1’s Big Weekend Live from George Square will be broadcast live on Radio 1 and will kick-off an exciting weekend of live music in the city when over 50,000 lucky fans will take to Glasgow Green on Saturday 24th May and Sunday 25th May to see performances by the biggest and best music acts in the industry at Radio 1’s Big Weekend 2014.

Annie Mac, Radio 1 DJ said, “Glasgow crowds are known the world over for being special in terms of the energy they bring. It’s such an honour to start the weekend with my fellow Radio 1 DJs in the iconic George Square. We’re going to bring some serious DJ names with us and it’s going to be a night to remember!”

Rhys Hughes, Head of Programmes at Radio 1 and 1Xtra said, “Radio 1’s Big Weekend is the biggest event in the station’s calendar and now it’s getting even bigger! Some of the best DJ’s in the world will be taking to the decks at George Square and will no doubt set the scene for what is going to be an amazing weekend of live music in Glasgow.”

14,000 lucky music fans will be given the opportunity to attend the Friday night free-ticketed event. There is no charge for the event itself, but a handling fee of £2.50 per ticket will be applied to cover ticket handling, postage and other associated costs. Those hoping to attend must be aged 18 or over and there will be strict ID checks at the entrance.

As with previous Big Weekends, tickets will be geographically weighted and an element of preference being given to local residents: 50% of tickets will be reserved for those living within the area covered by Glasgow City Council; 45% will be reserved for those residents in the rest of Scotland; with the remaining 5% for other audiences across the UK and those in the Republic of Ireland.

Tickets will be given away in pairs and will be available from 7:45pm on Friday 28th March on a first come first served basis. Those hoping to obtain tickets will not need to register in advance, however demand for tickets is expected to massively exceed supply.

Tickets will be available online at Radio 1’s website – www.bbc.co.uk/radio1/bigweekend. Once booking opens, this will link to a secure site hosted by See Tickets, who are handling the ticketing process on the BBC’s behalf.

There will also be a phone number to call for those without internet access – 0844 873 7350 (calls cost 6p a minute plus standard network charges). Please note calls to this number before 7:45pm on Friday 28th March will not be answered but will still be charged. Phone lines are expected to be exceptionally busy and not everyone hoping to call is likely to get through. It is recommended that the quickest way to secure your ticket is to apply online at Radio 1’s website – www.bbc.co.uk/radio1/bigweekend

Radio 1’s Big Weekend will be visiting Glasgow to celebrate the city’s hosting of the 2014 Commonwealth Games and will be produced in partnership with Glasgow City Marketing Bureau.

Councillor Gordon Matheson, Leader of Glasgow City Council and Chair of Glasgow City Marketing Bureau, said,“This year is shaping up to be one of the most exciting, and high-profile, in the city’s history. Alongside the Glasgow 2014 Commonwealth Games, Radio 1’s Big Weekend will set the scene for an unforgettable summer in the city. Today’s announcement further reinforces Glasgow’s position as one of the world’s greatest music cities.”

The event is part of the BBC’s year-long contribution to the Glasgow 2014 Commonwealth Games. The BBC is the domestic broadcaster for Glasgow 2014 and in addition to comprehensive sports coverage during The Games in July and August, the Corporation has also unveiled a wide-ranging package of on-air and off-air output and events throughout 2014.

BBC Radio 1’s Big Weekend 2014 will be broadcast live on Radio 1, BBC Radio 1Xtra and streamed online and on mobile. It will also be broadcast on BBC Three with highlights from acts across the weekend.

For more information on the event and the ticketing details, please visit the Radio 1 website:www.bbc.co.uk/radio1/bigweekend