BBC Radio 2 will broadcast live from Café Mambo this Saturday 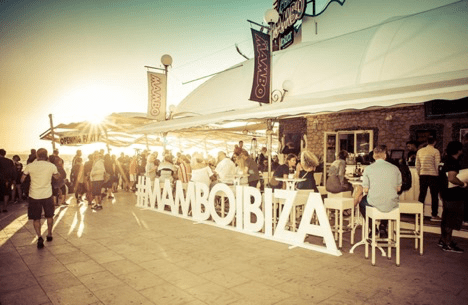 BBC Radio 2 will broadcast live from Café Mambo this Saturday

With host Rylan Clarke-Neal kicking things off at 3pm, the landmark broadcast will feature appearances from US recording artist CeCe Peniston, British singer-songwriter Sophie Ellis-Bextor, soul and blues singer Izo Fitzroy and many more. Legendary UK DJ and producer Chicane will then close out proceedings with a very special sunset set.

Marking a quarter of a century as the ultimate hotspot for the world’s most iconic sunset, the legendary venue fuses the most breathtaking Mediterranean views, with delicious food, ice-cold cocktails, and stunning DJ sets from the finest talent in the electronic scene.

Set in the heart of San Antonio, Café Mambo is recognised for its unrivalled sunset views. It was created during the 90s house music heyday and received instant recognition, being named ‘Bar of the Year’ by GQ as its following grew rapidly. DJs began to frequent the bar requesting to play on the decks and before long regular sets included the biggest names in dance music playing at the now celebrated sunset ‘pre-party’. With the 2019 season marking 25 years as the White Isle’s ultimate idyllic haven, the venue is again welcoming a fine array of stellar acts back to the famous booth.

BBC Radio 2’s live broadcast from Café Mambo will undoubtedly go down as one of the highlights in the history of one of the world’s most fabled sunset venues.