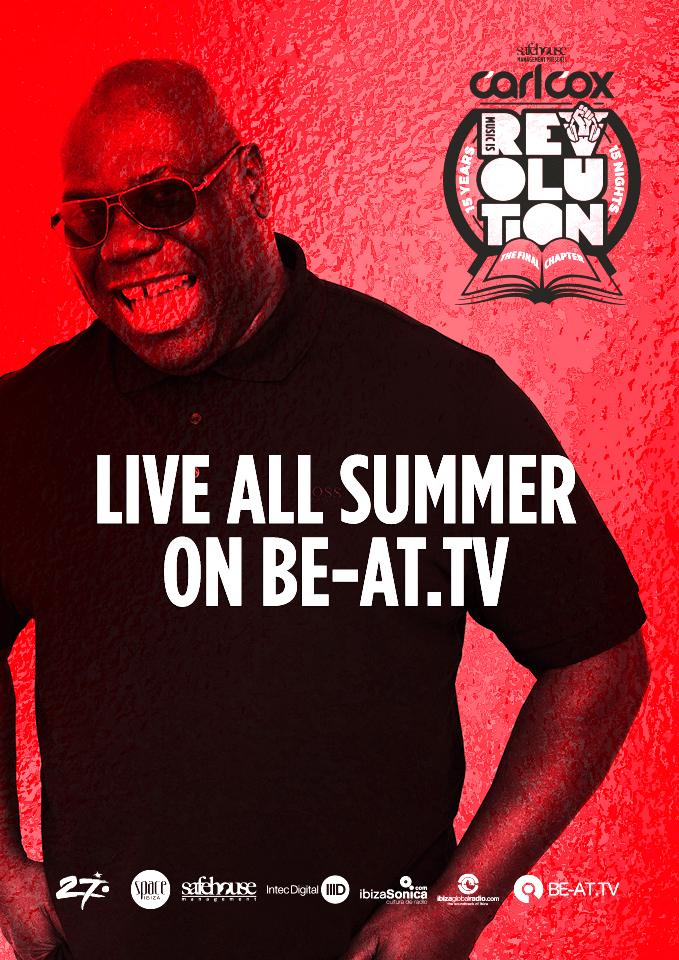 2016 marks the end of an era as a true island icon hangs up his Music Is Revolution headphones for the final time. With The Final Chapter becoming the hottest ticket on the island this summer, thousands of Carl Cox fans across the globe could have been left disappointed, unable to make it to his 15th and final series of legendary sets at Space Ibiza.

BE-AT.TV today announce that they will be live streaming the party for the entire 15 week season, bringing you two rooms direct from Space Ibiza every Tuesday, all night long. With Carl on a victory lap, he’s sure to bring his A-game, so don’t miss your chance to check out Music Is Revolution LIVE for the very last time from one of the island’s best-loved clubs – also in its final year.

Tune in on Tuesday 14th June for the Opening Party, starting a marathon season of live streams ending with the Closing Party on Tuesday 20th September.

You can tune in here every week