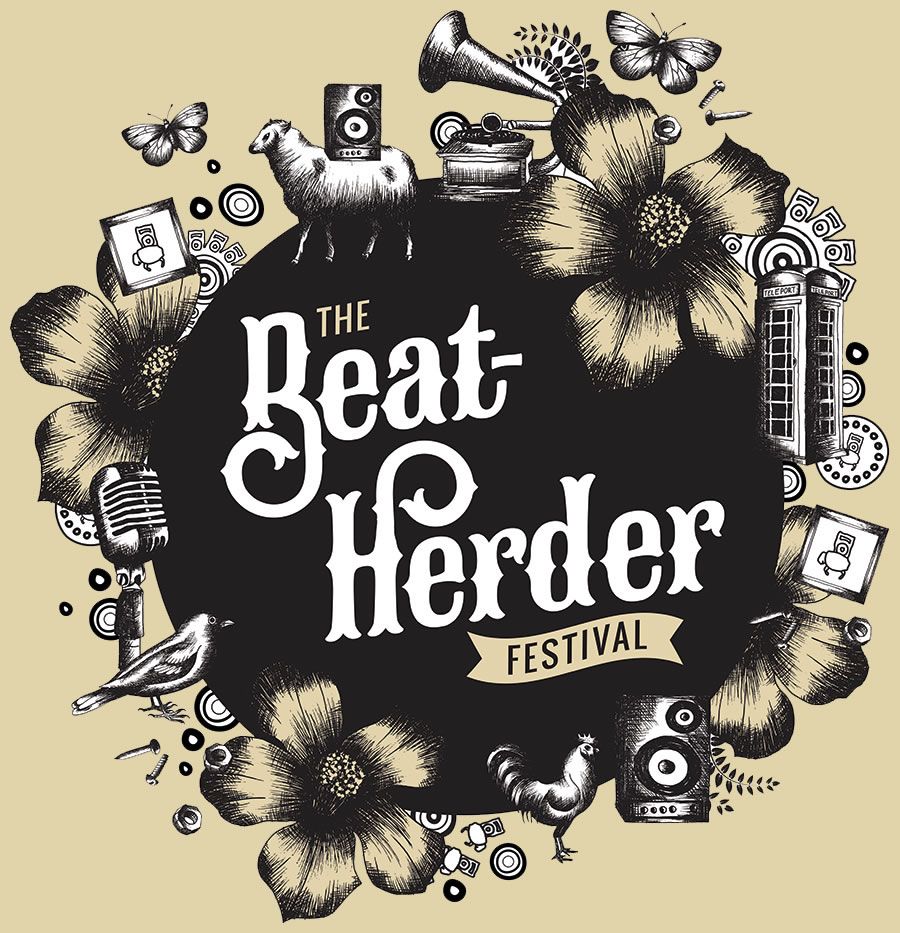 The jewel in the crown of Northern England's festival calendar, Beat-Herder, today announces its Friday night headliner. Kicking off proceedings in the Ribble Valley will be Manchester rock legends JAMES, replacing former headliners Primal Scream, who have sadly had to cancel their appearance due to Bobby Gillespie's recent injury.

Fresh from a new album and arena tour and known for their string of hit anthemic singles including 'Sit Down', 'Come Home', 'She's a Star' and 'Laid', iconic English rockers JAMES will bring their own brand of wonderful britpop to the Beat-Herder main stage on 15th July.

Todd Terje will be playing his infectious Norwegian disco live in his Sunday main stage headline slot, while beat-boxer extraordinaire and production whiz Beardyman will invite MCs Leen and Serocee to make a brand new album live, inspired song titles made up by the audience.

Acid house and techno veteran A Guy Called Gerald and co-founder of avant-dubstep label Skull Disco, Appleblim are confirmed for Trash Manor. Elsewhere The Fortress, one of the most exhilarating stages at Beat-Herder, is set to pop off courtesy of BBC Radio 1 DJ B.Traits who headlines the Friday.

Over at the magical Toil Trees stage, the house and techno heartland of the festival nestled deep in the woods, Beat-Herder will play host to some of today's biggest DJs, including Riton, Dirtybird co-founder Justin Martin, and Andhim, Defected stalwart Sonny Fodera and a special Doorly & Friends takeover, featuring fellow Dirtybird head honcho Claude VonStroke, Derrick Carter, Will Tramp and many more.

Never one to rest on their laurels, Beat-Herder has earned a reputation for keeping punters guessing by creating new stages, surprises and secret areas year on year. One of the most inventive festivals when it comes to production and set design, the 2016 edition will boast not one but two new areas. For the first time in its history, Beat-Herder will be teaming up with esteemed psychedelic party crew Sunrise. Now in its 19th year, Sunrise started in Manchester and has grown to be one of the most well-respected psytrance parties today. Expect top production, wild sounds courtesy of the mighty Opus Sound System, UV eye candy and the best psychedelic music ranging from chilled to psybreak and right right through to full on stompers.

Also new for 2016 is The Illustrious Society stage, the "home of the Good, the Glitterati and the Intelligentsia" will be setting up at Beat-Herder. Suits, steam punk or vintage attire are mandatory for entry.

Originating from roots as a free rave on the Lancashire moors in 2006, Beat-Herder Festival has grown to where it is today thanks to a swift word-of-mouth growth and a devout army of fans who come back year on year. Despite its increasing popularity, the organisers intentionally cap the tickets at an intimate 12,000 to maintain it’s egalitarian feel. Beat-Herder is a friendly, barmy, hedonistic oasis hidden amidst the relative calm of the Ribble Valley.

So much more than a music festival, Beat-Herder houses a Working Men's Club, comedy stage, a tattoo parlour, yoga classes, workshops including knitting and woodturning, mass-participation games, pop-up performances, a fun-fair and many more surprises round every corner, giving the punter an entirely holistic experience.

The entire site is made from scratch, by hand, including the tunnels in the woods leading to secret raves (look out for a red telephone box…) and a chapel, complete with Sunday Service. With so many secrets round every corner, including a secluded on-site swimming pool nestled in the heart of the woods, it’s no wonder the festival is such a special and magical experience for those lucky enough to attend, described by Gigwise as a ’northern secret and a magical wonderland.’