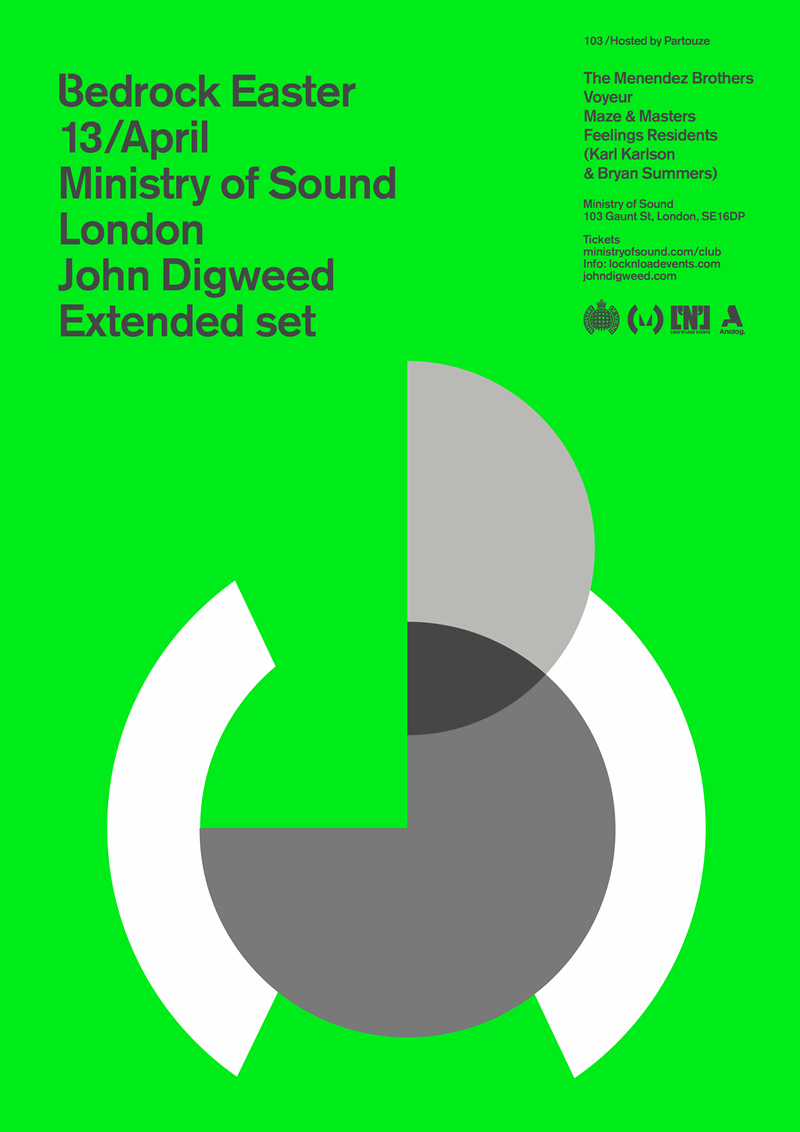 After the phenomenal Easter Thursday party last year, John Digweed’s Bedrock returns for the first show of 2017 to recreate the magic. Last time witnessed history in the making as Sasha made a surprise guest appearance to the delight of the fans in the infamous box. Who knows what’s going to happen his time…

John Digweed will again perform a very special extended set in the main room and an all-star cast will be playing the Partouze hosted 103 including The Menendez Brothers, Voyeur, Maze and Masters and The Feelings Residents (Karl Karlson & Bryan Summers). Expect no less than a musical master class from the Bedrock boss here as he looks to take the crowd on a journey from start to finish.