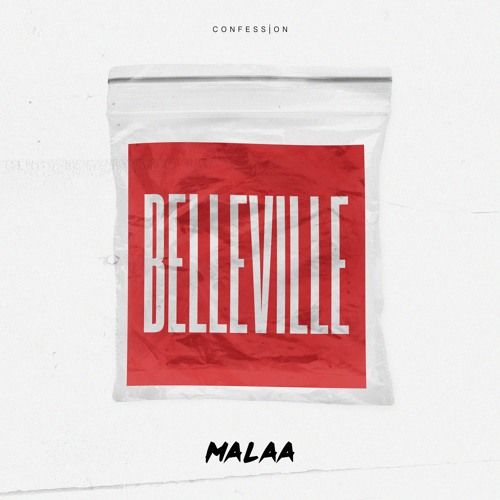 Having just released Dateless' massive 'Hit Em With The EP' last week, Tchami's Confession label is back with another huge tune from the elusive Malaa. Currently available for streaming & purchase on all platforms, 'Belleville' will undoubtedly be a favorite of Malaa's massive fan base, and long time followers of Confession.

One of the most sought after ID's from Malaa's DJ sets globally, 'Belleville' is finally here, and available to fans as a rare free download. The track exudes a certain Middle Eastern flair, meshing harsh bass with traditional Arabic instrumentation. Fans will remember this track from Malaa's ID riddled set at the Worldwide stage from Ultra 2017, and can finally own a copy as of today. Staying true to his distinct sound all while continuing to push boundaries, Malaa has established himself as one of the most exciting producers in dance music.

Malaa has kept a highly aggressive touring schedule throughout 2017, playing shows from Sao Paulo to Detroit, pulling sizable crowds everywhere. The Pardon My French member will be heading to Ibiza in July alongside head honcho Tchami, hit-maker DJ Snake, and long time producer Mercer for a string of dates at the legendary Ushuaïa. Look out for further releases from both Malaa and Confession soon, and follow both via their socials as linked below.