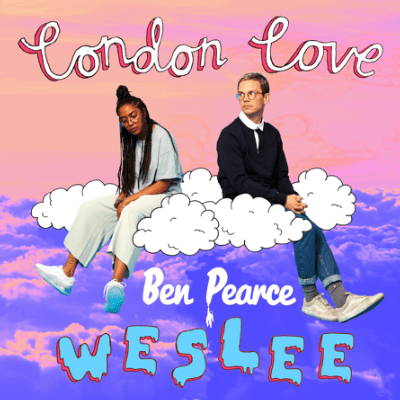 International DJ and producer Ben Pearce drops his remix of ‘London Love’ , the carefree single from WESLEE, out 12th July.

Cultivating a deep, tropical house vibe with a forceful kick drum, Pearce leaves only a few brief snippets of Emma’s irresistible vocals that feature heavily in the original.

An electronic artist with global appeal, Ben Pearce burst onto the scene with 2012 debut single ‘What I Might Do’ , a track that would dominate dancefloors for years afterwards and rack up 36 million Spotify streams. After a hiatus, he returned earlier this year with ‘Fireproof’, a single in collaboration with Tayla.

Weslee are fresh from headlining the ‘BBC Introducing’ show at The Lexington in London, while the duo’s second EP will be released early next year. Acclaimed debut EP 9F , released last June, has generated over 809,000 Spotify streams to date, while also making it into Jamz Supernova’s ‘Top 5 EPs’ on BBC Radio 1Xtra.

Having established themselves as one of the most refreshing and uniquely dynamic acts in today’s international music scene, WESLEE have amassed over 25 million streams and performed for BBC Radio 1’s Annie Mac at her AMP event, where they were joined by Jessie Ware and Sunflower Bean, as well as Annie herself. They also performed on the mainstage of Brooklyn’s Northside Festival as well as Baby’s Alright for their live US debut.

First emerging with critically-acclaimed debut track ‘Gassed’, the duo garnered a wealth of support from industry heavyweights, with the track receiving the prestigious ‘Hottest Record in the World’ accolade from BBC Radio 1’s Mistajam. It also clocked in at #5 on the BBC Radio 1 Specialist Chart and received support from a wealth of BBC DJs, including Pete Tong, Danny Howard, Clara Amfo and Huw Stephens. Weslee have also seen a wealth of support from Beats 1 DJs Brooke Reese, Ebro Darden, and Travis Mills, with their last hit ‘Sweat Dreams’ acquiring over 1.7 million streams alone on Apple Music.