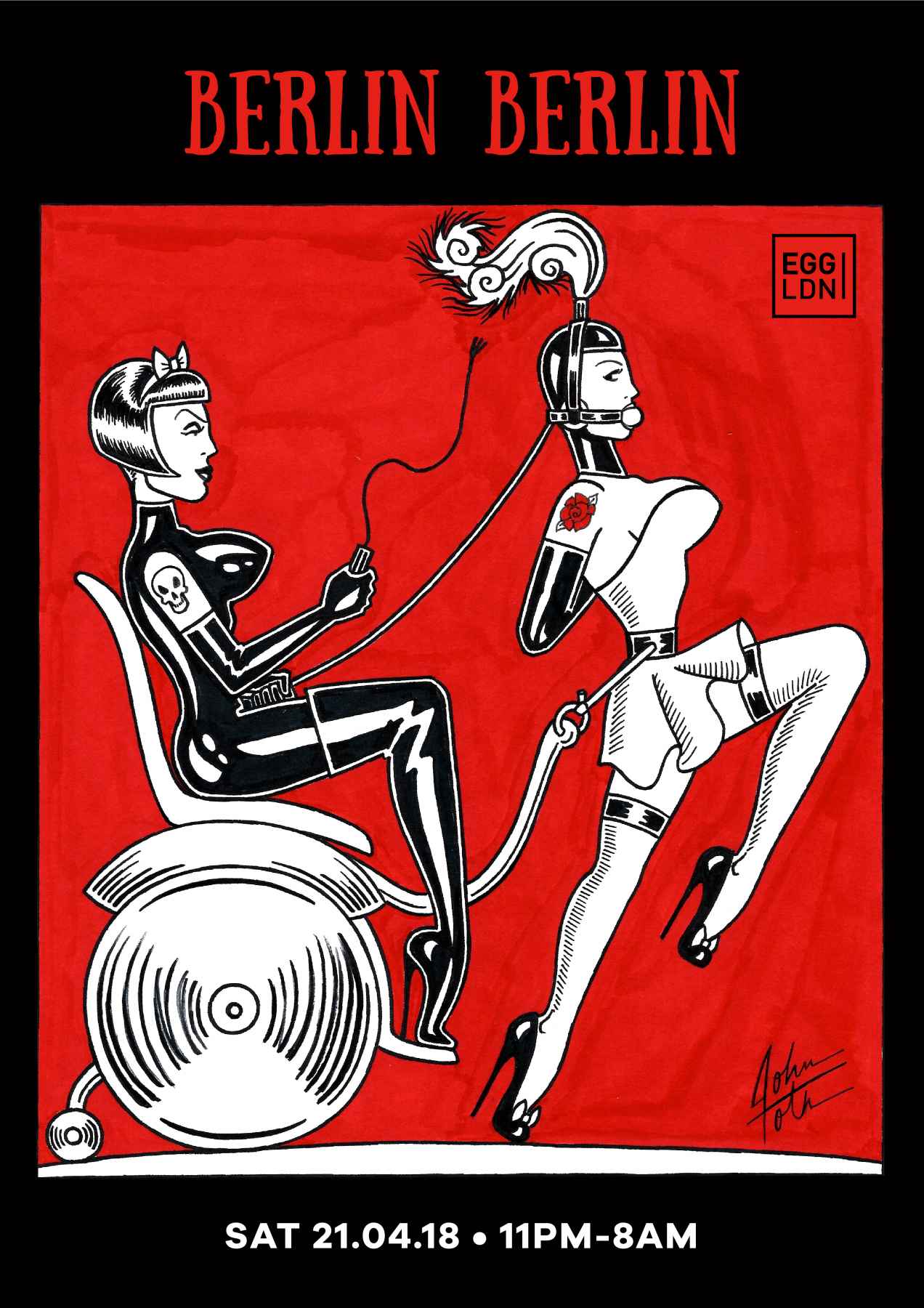 Berlin Berlin returns to Egg with another stellar line-up of impressionable talent from the German mecca, touching down in Kings Cross for a night of quality electronic sounds and high impact performances. Berlin All Stars and old friends of the club Jonty Skrufff,  Dj Jauche and Peter Schumann are back with a selection of dubby techno and warm electro cuts between them to carry out a rigorous workout on the clubs infamous sound system. As one of the most innovative party series coming from Berlin, Pornceptual is back to bring their ethos of de-contextualizing pornography in its usual sense to show that explicit sexual content can be considered art, showcased with silky sounds and avant-garde performances. A solid fixture on the club’s booking schedule, Sisyphos resident Fidelity Kastrow is back for a guest appearance with the collective, alongside TRACKs / MSS VTK and Deepneue. As one of East London’s most unconventional parties, Homostash makes a welcome return with residents Tafkanik and special guest Sexshooters to deliver a marathon of jackin’ house and disco cuts. The flamboyant performers from Kunstkammer including Lewis G Burton, Kassandra Powell and their trusty hand-picked selection of unconventional guests will accompany the sonic artists spinning on the night, alongside the unabashed hosting skills of Pornceptual's Raquel Fedato, Chris Phillips and Eric Phillips. It wouldn’t be a Berlin Berlin night without a full line-up of performances from miscreants Grace Oni Smith, Thomas Rohe, Antonio Branco + Riccardo T, Kasper Burghout, A Man To Pet, Virgen Xtravaganzah, Kokeine Tyson, Luke Harris, Parma Ham, Beatrix Carlotta and Von Kuntz. Egg LDN resident Luther Vine will be on hand to deliver an endless library of uncompromising electronic creations.