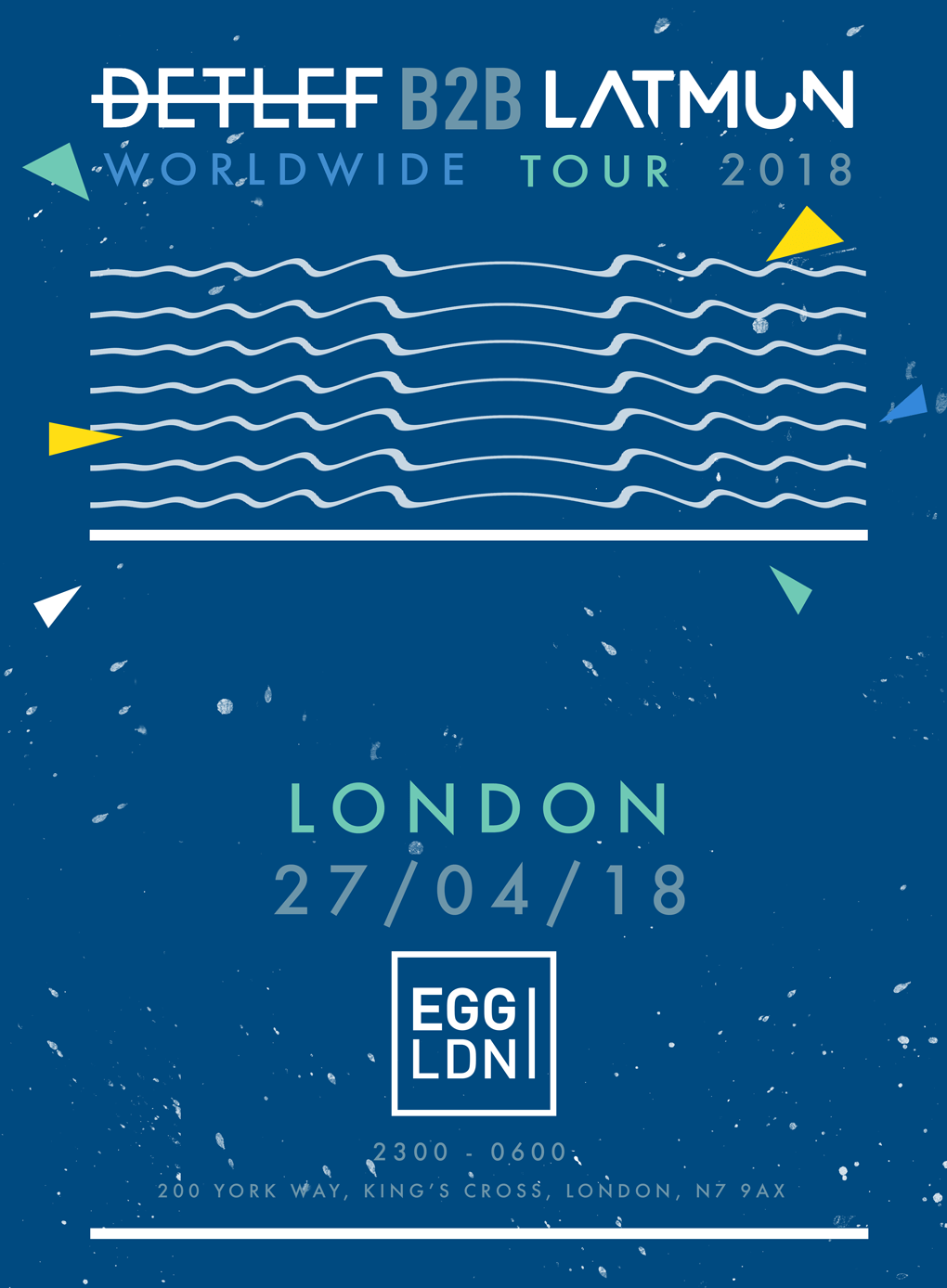 Having enjoyed huge success across 2017 with their eclectic live shows and critically acclaimed productions, tech-house tastemakers Detlef and Latmun have announced a very special B2B World Tour, spreading their talents across the USA and Europe this Spring/Summer.

Alexander Georgiandis, AKA Detlef, and Joe Bradley, AKA Latmun, have garnered reputations as two of the most exciting names in the underground scene. Both releasing EPs on Hot Creations, Relief and Lee Foss’ Repopulate Mars label in 2017, Detlef and Latmun soon found themselves as regulars at some of Europe’s biggest events, including Jamie Jones’ Paradise parties at DC10, The Warehouse Project, Creamfields and The BPM Festival, to name a few.

Enjoying a wealth of individual success last year, the duo have also formed a hugely successful partnership with their b2b sets, which have gone from strength to strength since first launching at BPM Mexico in January 2017.

Kicking off things in the UK on March 3rd, we’re happy to announce the duo will be bringing their groove-driven sounds to Egg London on 27th April as part of the tour.