‘Big Boy Problems’ is the latest instalment in big plans for the mutli-talented rapper A!MS 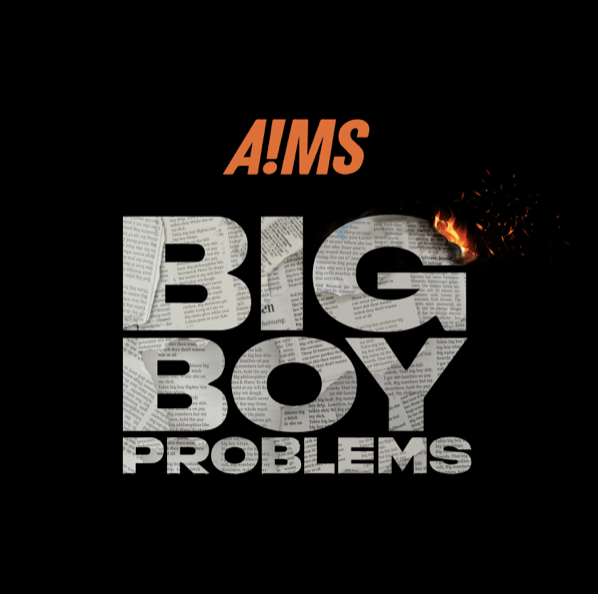 ‘Big Boy Problems’ is the latest instalment in big plans for the mutli-talented rapper A!MS

When it comes to consistency within rap, A!MS has to be a name that is mentioned. His recent run of form has seen the rapper release hits such as ‘Diablo’, ‘Honor’ and ‘iLike’ and collaborate with major international acts including Julian Marley, Projexx, Akelle (WSTRN) and super-producers Cool & Dre, all in the lead up to his heavily awaited album ‘OFFSHORE’ that is due to land on the 26th November. The next track that A!MS is blessing his fanbase with is ‘Big Boy Problems’.

‘Big Boy Problems’ instantly grabs your attention, with vibrant synths and powerful percussive drums, it provides the perfect set up for A!MS’s effortless delivery. In contrast to his previous records that have seen him flex his lyrical muscle alongside an international array of artists, Big Boy Problems is a solo smash that puts A!MS directly in the spotlight. The rapper talks about the grand, affluent lifestyle that he lives whilst acknowledging that it comes with problems of its own. Armed with a suberbly catchy hook, that sums up everything that A!MS is trying to convey, as well as witty, punchy lyrical content that showcase his ability to cover the fundamentals of rap culture. The multi-talented artist continues to demonstrate his proficiency in creating a certified rap anthem that can still sit alongside any club banger.

The visuals instantly mean business as scenes of A!MS securing deals in a boardroom setting, surrounded by businessmen and beautiful woman transition to stadium settings, which he has all to himself. The ‘Crystal Views’ directed visuals utilise quick-cutting documentary style shots to give us a taste of how to tackle Big Boy Problems and how to continue reaping those big boy rewards.

As A!MS continues to build the excitement for the release of ‘OFFSHORE’, ‘Big Boy Problems’ is yet another noteworthy track that continues to push the boundaries of his creativity; “OFFSHORE” is all about celebrating life and success, but with success and life also comes the struggle of maintaining the level we rise to” A!MS explains, “’Big Boy Problems’ brings originality and our core element of rap that you will hear on the album. It’s not all fun and games, we’re coming with that winning sound, the bigger the dreams, the bigger the aims, the bigger the hustle. What you see and hear about it, is backed by day in day out hustle”.

Maintaining a high level of success throughout the duration of his musical journey, he has managed to garner over 50 million YouTube views, 20 million streams, numerous awards and platinum selling records, signifying the demand for A!MS is growing each step of the way. With recent acknowledgement and praise from the likes of HELLO!, Notion, CLASH and Wonderland, as well as support from the gatekeepers of the culture on platforms such as BBC Radio 1Xtra, Kiss FM and Apple Music 1, it’s clear that A!MS is becoming a dominant force in international rap.

After smoothly and effectively making the transition from A.M. SNiPER to A!MS, the rap star, producer and business mogul continues to push the boundaries of what he is known for. As a figure deeply ingrained in the music industry, we get to see the apex of everything A!MS has learned so far, revealing that his change of name is also accompanied by a new level of music. 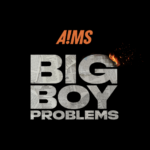