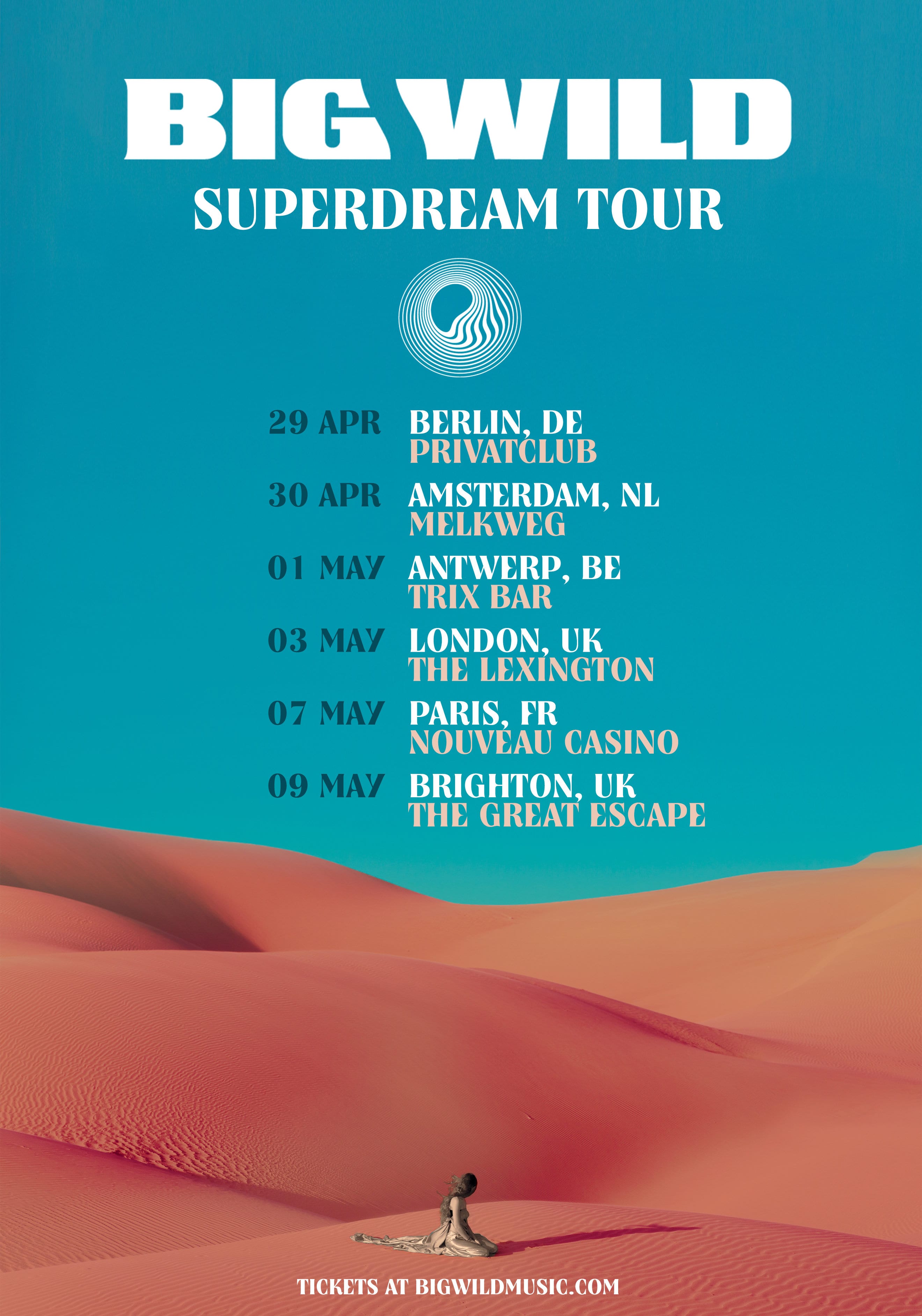 Delivering his sound across several venues throughout the continent, his UK & European run of shows will see Big Wild performing in Amsterdam, Antwerp, London, and Paris, before rounding things off with a highly anticipated set at hugely popular Brighton-based music showcase, The Great Escape on 9th May. Big Wild's tour follows the recent release of his debut album ‘Superdream’, which included hit singles ‘Joypunks’, ‘Maker’, ‘Heaven’, and ‘City of Sound’ – all of which hit the #1 spot on Hype Machine.

Racking up over 214 million streams in his career so far, the producer has previously collaborated with the likes of Hundred Waters, Tove Styrke  & TroyBoi, while also receiving strong support from the likes of BBC Radio 1, Diplo & Friends, BBC 1Xtra and Rinse FM to name just a few.

Big Wild is currently gearing up for the North American leg of his ‘Superdream Tour’, which begins in California on 6th March, before heading across the Midwest and finishing in New York City. With numerous dates (and counting) already sold-out for the aforementioned, Big Wild’s debut European Tour is sure to prove a highly in-demand venture.

Having sold out the legendary Red Rocks Amphitheatre in Denver, as well as making his mark on festival stages at Lollapalooza, Bonnaroo, EDC Las Vegas and CRSSD Festival last year, fans will need to act fast to secure their place at Big Wild’s European shows, with tickets available here.