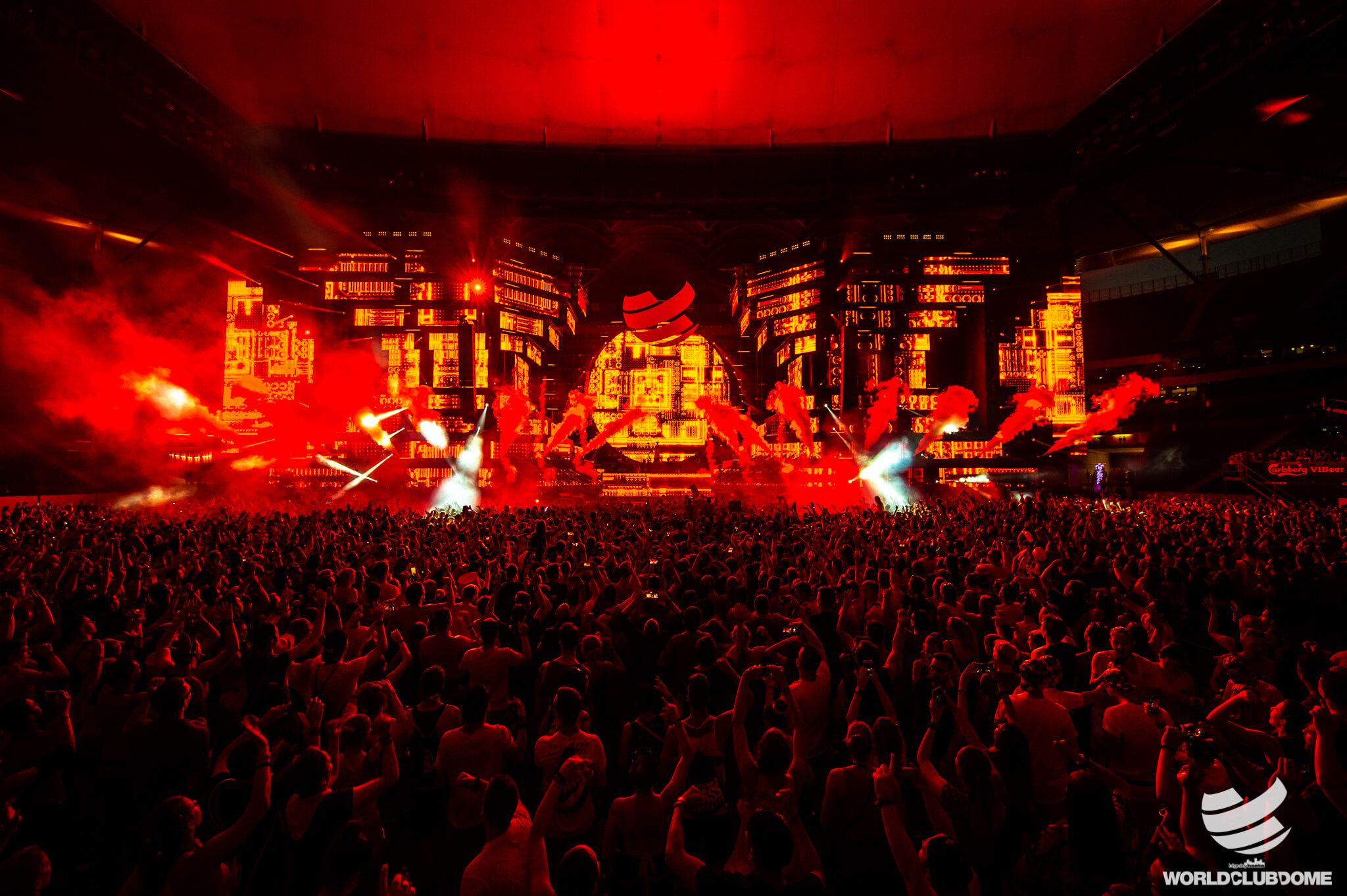 In just four months, the BigCityBeats WORLD CLUB DOME 2019 will open its gates for the seventh time on the 7th – 9th of June in Frankfurt, Germany. Celebrating the wonders of our galaxy in its debut “Space Edition”, this year’s event will transform the iconic Commerzbank Arena and its surrounding forest, meadows and swimming pool into the “biggest club in the world” in true intergalactic fashion. Completing its illustrious Phase 1 lineup with an arsenal of world class talent, BigCityBeats WORLD CLUB DOME 2019 is set to be out of this world.

At the forefront of the lineup is trance legend Armin van Buuren – who is the first and only artist to ever be crowned ‘Best DJ in the World’ a total of five times in the DJ Mag Top 100. Sending a video greeting to the ISS Space Station in 2018, Armin and DJ brothers Dimitri Vegas & Like Mike are some of the world’s only artists to have communicated with Outer space. Renowned for their interactive performances and impressive crowd control, Dimitri Vegas & Like Mike’s emphatic return is set to rock the arena to its core.

French superstar DJ and pioneer David Guetta will make his return to the Main Stage, where he announced “BigCityBeats is part of my history” during his last performance. This year he will be a part of writing WCD’s history with their debut Space Edition. Also returning this year, chart-topper Marshmello and Dutch Future House maestro Don Diablo – both of whom will light up the skies with their scintillating styles of dance music.

Dutch duo W&W will follow up last year’s mind-blowing performance at the launch of BigCityBeats WORLD CLUB DOME Zero Gravity with their fourth performance in Frankfurt. Following the resounding success of the debut edition, which created over a billion global media impressions; BigCityBeats WORLD CLUB DOME Zero Gravity will take place again on 25th March 2019, where Australian DJ Timmy Trumpet and hotly tipped German DJ Le Shuuk will take to the skies to perform in total weightlessness. To complete his intergalactic experience, Timmy will also be taking to the decks at the seventh edition of WCD.

BigCityBeats Resident Le Shuuk has built a reputation for his extravagant performances, following sets at the likes of BigCityBeats  WORLD CLUB DOME Korea, WORLD CLUB CRUISE, the Club-Jet and the ICE Club-Train. This June, the German native will bring yet another energetic live show to Frankfurt where he will showcase his edgy blend of dance music.

With over four billion streams worldwide, Robin Schulz is one of the most sought-after artists on the circuit today. With countless globally adored anthems in his back catalogue, his set is destined to become one massive sing-along. Belgian DJ and Found Frequencies label head Lost Frequencies is also set to deliver melodic bliss to the arena.

Celebrating her BigCityBeats debut is Australian Trap and Future Bass star Alison Wonderland, whose production output over the last two years has seen her dominate on a global level. Fellow BigCityBeats  WORLD CLUB DOME newcomer and remix master Hugel will also be joining the mammoth lineup.

Boasting the festival’s most diverse lineup to date, WCD welcomes Hamburg native and Psytrance mastermind Neelix to the Zombie Stage following his meteoric rise this year. Angerfist, Brennan Heart, Digital Punk, Korsakoff, Radical Redemption, Ran-D, Tha Watcher, Wildstylez and Zyprus 7 will also join the Zombie Stage to ensure the hardstyle is flowing all weekend long. With nine number one hits under his belt, Berlin-based Capital Bra has been announced as the first ever rapper to take on the WCD stage in a highly anticipated live performance.

Tickets for the Space Edition of the BigCityBeats WORLD CLUB DOME are available from €62 (day ticket) or €99 (3-day club ticket) plus fees at: https://www.worldclubdome.com/tickets/

Stay up to date with the BigCityBeats WORLD CLUB DOME EVENTS: https://www.worldclubdome.com/

Line Up Phase 1 (in alphabetical order):

More acts to be announced soon