Cosmic Gate & Eric Lumiere - Bigger Than We Are 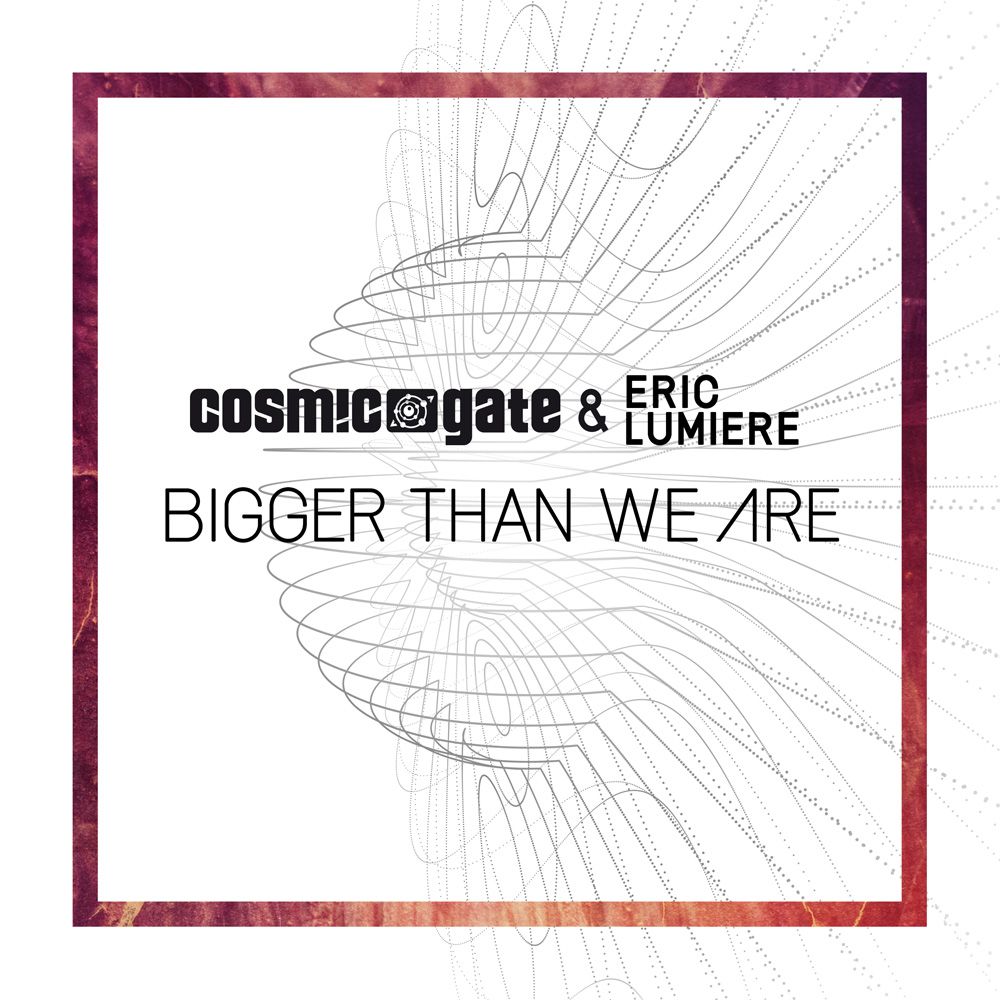 Cosmic Gate & Eric Lumiere - Bigger Than We Are

Chapter.Two of ‘Materia’s summer-long run to release has been distinguished by weeks (numerous!), peaks (‘Tonight’ & ‘AR’s vids) and press leaks (‘No Strings Attached’ – hey, you can’t win ‘em all)! Release-date resolution though is now whisper-close and here’s the news to see you through the final days & hours to 01.09.17.

First up, there’s the next ‘Chapter.Two’ track to single-shine. That arrives today in the form of ‘Bigger Than We Are’ (early adopting pre-order folk, watch those download folders). The track reteams Nic & Bossi with Eric Lumiere – the voice behind previous C.G. club-wowers ‘Falling Back’, ‘Run Away’ and ‘Edge Of Life’. For an unprecedented fourth time, Eric instils his inimitable vocal expression and song-writing depth, (along with no small measure of heart and soul) into a Cosmic Gate number. Mirroring ‘Bigger’s pathos-to-positivity song arc, Cosmic Gate track his tone with emphatic drums and subby, mood-som bass, finally raising ‘Bigger’ to its synth-spirited conclusion. You can pick the single up from today, via this here link (https://wym.choons.at/bigger).

‘Bigger Than We Are’ isn’t the only new ‘Chapter.Two’ music you can hear from today. In its build up to release, Nic & Bossi have been keeping a wedge of its tracks steadfastly under-wraps. No more though! The locks are off and clips of each & every ‘Chapter.Two’ track await your ears here. So what are you waiting for?!!

Caught the official video for ‘AR’ – Cosmic Gate & Markus Schulz’s first production team-up yet? No! Well your time is now nigh. Shot during their respective performances at Tomorrowland ‘17, the video captures all the excitement of ‘AR’s debut airing on the Trance Energy stage. Relive the night of two trance acts coming together on one killer track underneath an LED sky here.

Materia matters! Pre-order ‘Chapter.Two’ today (through this link here: https://wym.choons.at/materia) and you’ll get an instant drop of ‘Tonight’, ‘AR’ and the most recent single. ‘Bigger Than We Are’. For fans wanting the physical manifestation of ‘Materia’, well, equally fine news! 01.09.17 also sees the release of the double CD edition of the album, which contains all the tracks from both album chapters. You can find it available to pre-order now hereabouts: http://www.finenight.com/materia-chapter-one-two.html. And if all of that isn’t quite, quite enough to satisfy your most Cosmic yearnings, Nic & Bossi have also built a beyond-deluxe, limited edition Collectors version of ‘Materia’. It includes the double CD, a 12” vinyl of ‘am2pm’ and ‘No Strings Attached’, a Cosmic Gate flag and ‘Materia’ poster, along with a set of white and black wristbands. Limited to just 500 numbered & signed units, you can pin yours down now through FineNight.com here: http://www.finenight.com/materia-chapter-one-two-limited-box-set.html