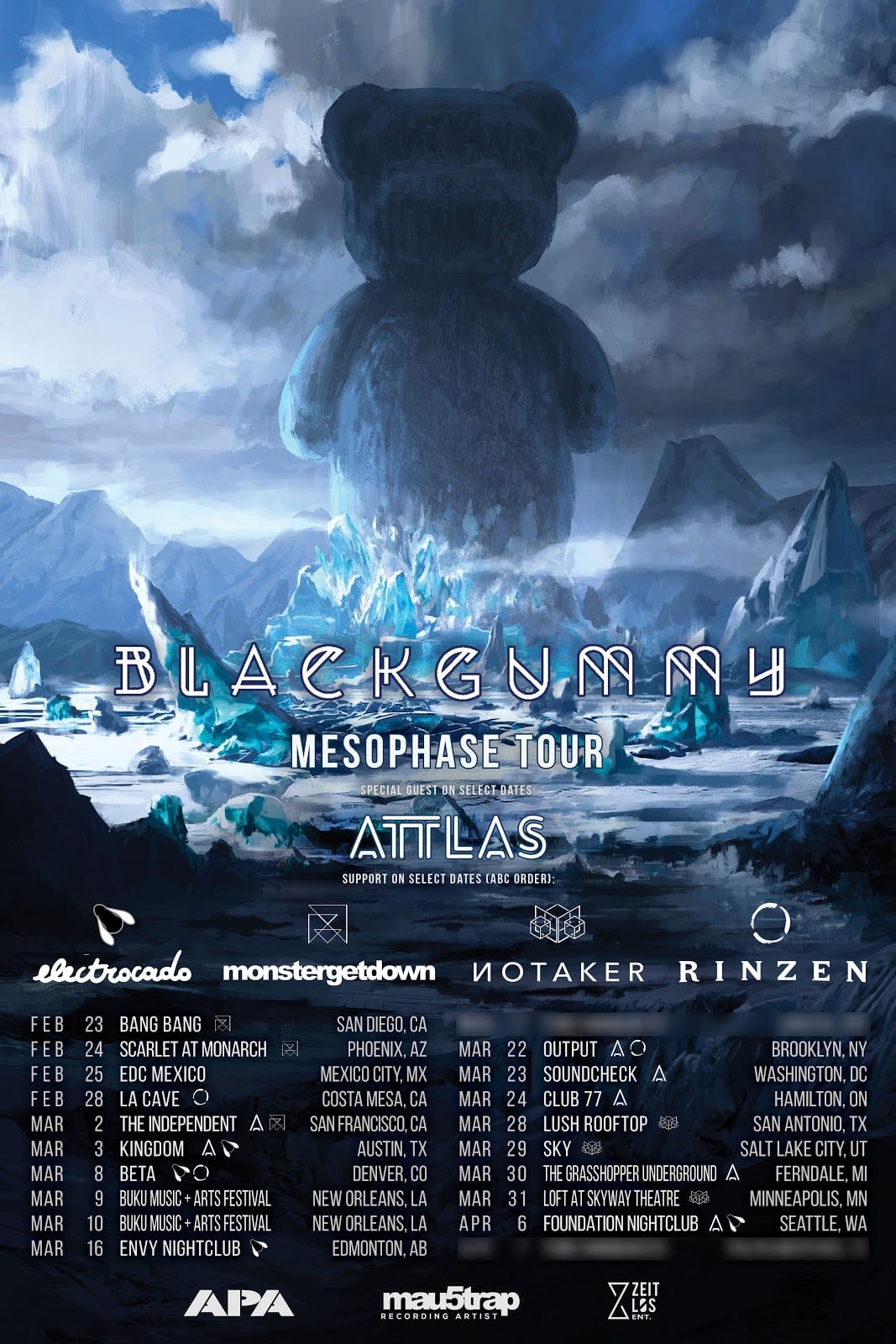 Sound-sculpting force BlackGummy will be powering into 2018 with his first national headlining tour. The Mesophase tour will showcase the mau5trap star’s industrial sound across two months and 19 markets, kicking off in San Diego and stopping through cities including New York, San Francisco and Denver. While on tour, BlackGummy will also take center stage at festivals like EDC Mexico and Buku in New Orleans.

BlackGummy began as the brainchild of Los Angeles-based producer Iman Marouf. Marouf discovered the entity called “BlackGummy” in 2013 during a trip to the Middle East and Asia, and instantly formed a unique and inseparable bond with the alien-like idol. Since their first meeting, the producer and the entity have virtually conjoined into an indivisible whole, never leaving one another’s side.

The LA-based producer built his musical foundation at Icon Collective under the guidance of legendary sound engineer and deadmau5 collaborator Steve Duda. BlackGummy began honing his sound design skills to aurally convey his penchant for dark techno beats, leading to his first original release “Lullaby” on mau5trap’s “We Are Friends” compilation label. Since then, BlackGummy has captivated audiences with his debut EP Singularity which careens between dark, throttling beats and glowing progressive sounds.

His third EP, Monolith is the final installment of a three-part arc of themes he wanted to explore. Singularity, the first EP, explored humanity’s relationship with technology; the second EP Impactor, was inspired by the Earth’s long and complex relationship with all forms of life; and the third theme for the Monolith EP was the most minimalistic, inspired by his visits to different archeological sites.

The three EPs are crucial pieces to the puzzle that is the BlackGummy narrative. In order to understand the inception of the bear-shaped idol, one must understand that the idol existed throughout different time periods, including the periods explored in each EP (future, past, and present, respectively).

Before the official start of the Mesophase Tour, BlackGummy will be playing Los Angeles’ house and techno hotspot Sound Nightclub, tickets available here.