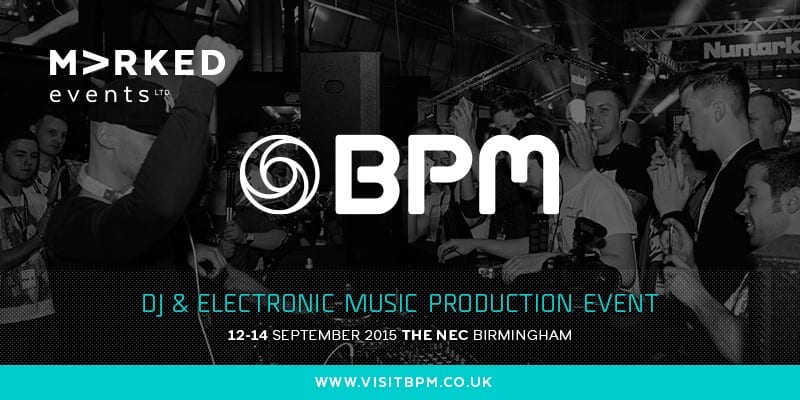 Earlier this month, DJs and producers from across the world embraced the ninth edition of the annual BPM DJ and electronic music production event. Gathering at the NEC in Birmingham, thousands of visitors came together to try out cutting-edge technology from leading brands, develop their skills, experience DJ sets and live PAs, and network with other like-minded individuals.

The audience for BPM – and the collocated PRO performance and venue technology show – totalled over 9500, with BPM attracting 5594 dedicated visitors as well as additional traffic crossing over from PRO’s audience of 4079. Helping draw these crowds to BPM were newly improved and more-focussed feature areas, including the extended PA Experience – which showcased systems from top brands divided into three categories. The impressive CHAUVET BPM ARENA was again a big part of the show, featuring a continuous line-up of DJ sets and performances throughout each day as well as hosting the new Locked In after-party, headlined by house music pioneer Marshall Jefferson on the Saturday evening.

ARENA sponsor CHAUVET relished the opportunity to showcase its fixtures in a live environment, helping generate an electric atmosphere inside the venue. As Michael Brooksbank, General Manager for CHAUVET Europe, enthused: “BPM is now a major feature in the CHAUVET calendar due to our commitment as the exclusive lighting sponsor for the CHAUVET BPM ARENA,” he explained. “It is our one truly amazing opportunity to display our fixtures in a live application and let our creative and technical minds meet! Nothing pleases me more than seeing how many pictures and videos appear across worldwide social media after the show is over, and this makes me realise just how many people we can reach from being involved with this unique event.”

As well as experiencing performances from the hottest talent, including up-and-coming acts and renowned industry legends, visitors made the most of an expansive exhibition floor. The show allowed DJs and producers from all technical backgrounds to get familiar with the latest technology from top brands, including show sponsor and respected controller manufacturer Hercules.

“All of us at Hercules are delighted with our sponsorship of BPM 2015,” said Pierre-François Mayer, Product Manager for the Guillemot Corporation. “This year’s show attracted a large mix of visitors ranging from DJs and industry professionals to more general music lovers and even school children. This mix fits perfectly with the Hercules target audience and has allowed us the opportunity to introduce our complete DJ range and our philosophy that DJing is for everyone.” He added, “BPM 2015 was also a great place to release the very first units of our Hercules DJControl Jogvision and to measure, once more, that this new DJ controller with in-jog displays and AIR control is extremely well-received by DJs and MI distribution professionals. We are already looking forward to an exciting BPM 2016.”

Elsewhere during the event, the talks and workshops hosted in BPM’s Learning Domes helped DJs and producers hone their skills through an eclectic educational programme. While between performances inside the CHAUVET BPM ARENA, industry legends Riva Starr, the Tidy Boys and Marc Vedo took part in exclusive live Q&A sessions, giving visitors a chance to hear from their heroes in a relaxed, open environment.

“In the lead up to this year’s hugely successful event, we’ve seen BPM continue to move forward, upholding its reputation as a vibrant show focussed on DJing and music production by honing our expansive range of exciting feature areas to satisfy the needs of our visitors,” said Show Director Mark Walsh. “As BPM approaches its tenth year, we’re now looking to the future. We’ll also be taking on board the feedback from visitors and exhibitors in order to ensure that BPM 2016 is truly a landmark event to celebrate our tenth birthday.”

In light of a positive response towards 2015, BPM will return next year with big differences, while holding on to its identity as a fresh and energetic tradeshow focussed on DJing and electronic music production. Prepare for BPM 2016. The change is coming…