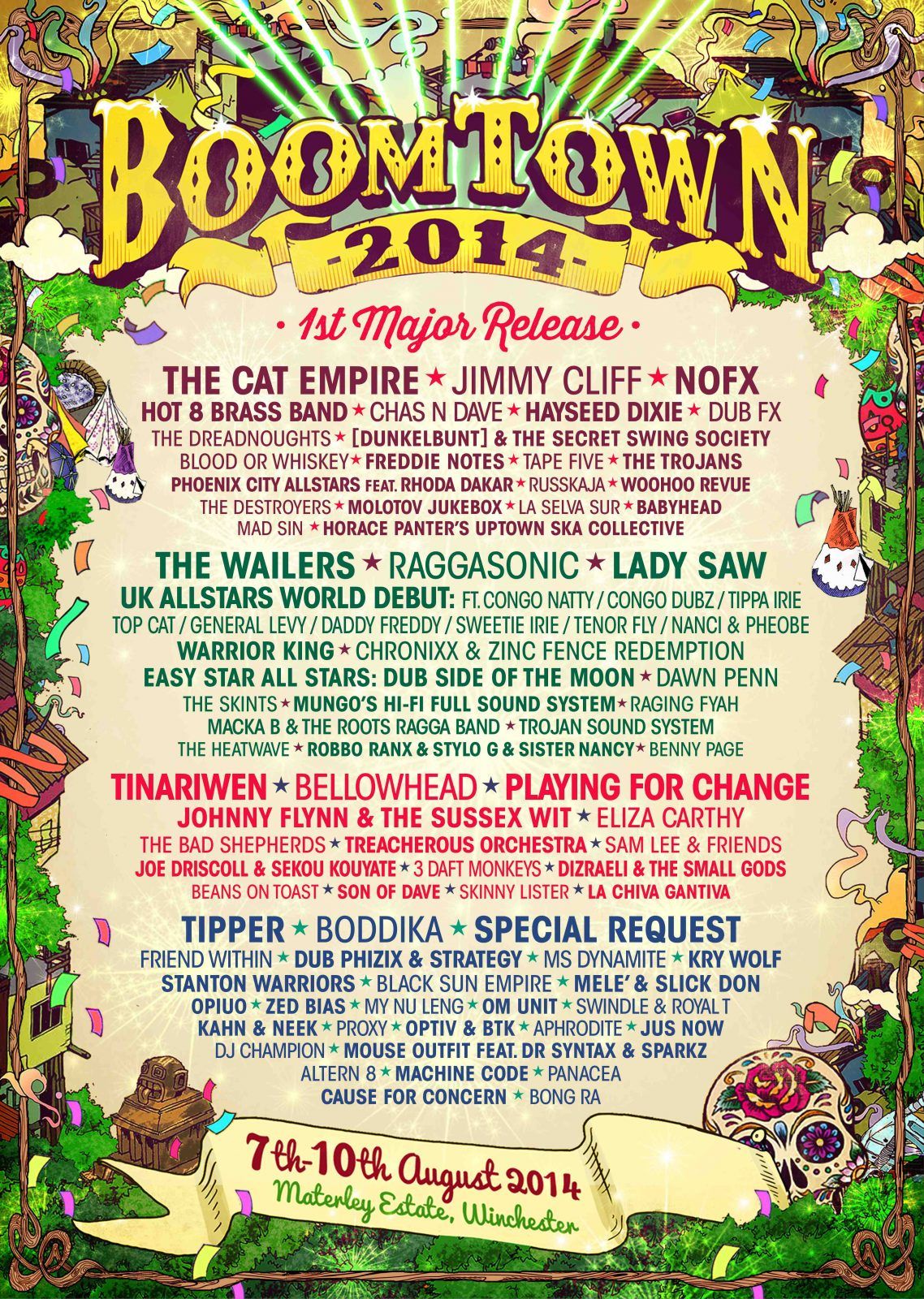 The self-proclaimed maddest city in the UK has today lifted the lid on their first batch of confirmed acts and it’s good news for electronic music fans – the creative team behind the festival has set the bar high with their first wave of bookings that touch all areas of our music world. Fronted by one of the masters of technical electronic music Tipper, the annual August weekender in Winchester is once again looking like a must-attend event. With a range of House, Techno, Bass, Garage, Electro and beyond into more experimental forms that Boomtown prides itself on – whatever your preferred flavour – there’s plenty for everyone.Initial picks include Swamp 81 renegade Boddika, House empress Hannah Wants, Paul Woolford under his Special Request moniker, Dirtybird favourite Friend Within, Bass and Garage legend Zed Bias, Stanton Warriors and Black Butter Records’ soldiers My Nu Leng – just to name but a few.

As ever the Boomtown team has got every genre covered and we look forward to the line-up additions they no doubt have to come in the not so distant future.