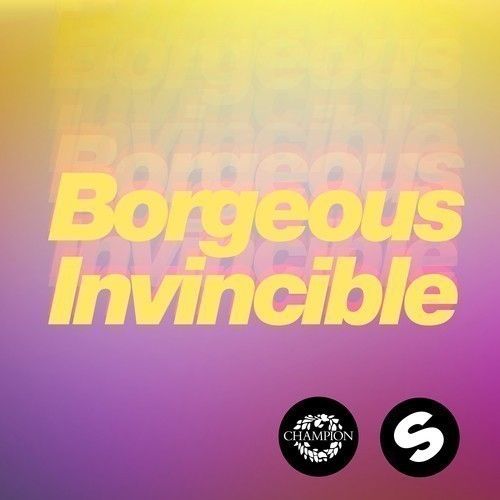 Fresh from his UK number 1 single, Borgeous is quickly making waves in the Electronic Dance Music scene as a top class music producer and DJ. His keen ear and innate talent to produce a provocative, textured sound has made people take notice. His UK number 1 “Tsunami (Jump)” which saw him team up with Tinie Tempah and Canadian duo Dvbbs is one of the biggest tracks of 2014 and has charted Worldwide! This was followed up with more chart success as he, together with Dimitri Vegas, Like Mike and Dvbbs took “Stampede” to the number 1 spot on the Beatport chart.

Borgeous now returns for a solo effort, sounding better than ever with what is set to be a sure-fire hit for the autumn “Invincible”. Stunning sing-along vocals and impressive drops guarantee this to be a massive main room anthem gracing dance floors for years to come.

Borgeous has been supported on the package by a wealth of remix talents, including StoneBridge, Dexcell, Tough Love and Steerner.

New boy on the block Steerner rounds up this perfect package. Although young in years, his production is as sharp and experienced as the big boys, growing him a huge global fanbase, including superstar Tiesto, who always plays Steerner’s music in his live sets. Steerner brings a flux of energy to “Invincible” with his piano-fuelled, synth-heavy progressive mix of the track. A near-perfect slice of Swedish House for the new generation.