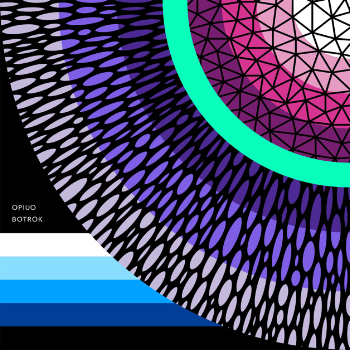 Displaying his penchant for deep, bassy textures, ‘Botrok’ utilizes a gritty build with the Kiwi’s signature sound; a club-ready in-your-face drop. A pioneer of his genre, Opiuo’s crisp and original musical style is an embodiment of his rich production talents, with ‘Botrok’ following the release of his widely acclaimed studio album, Omniversal.

A curator of a funky and futuristic sound, Opiuo’s career so far has seen the bass-star perform alongside the likes of Pretty Lights, Griz and Bassnectar, reaching #1 in the chart positions on Beatport and iTunes. Renowned for his incredible live shows, the New Zealand-based artist is currently in the midst of a busy tour schedule which has seen him play a series of dates across the United States since October, including upcoming performances at Melbourne’s Pleasure Gardens, and Tauranga’s Bay Dreams in his native New Zealand.

Bass explosion ‘Botrok’ is set for release on December 8th and serves as the first single off his forthcoming EP Syzygy 01, solidifying Opiuo’s reputation as one of dance music’s most exciting and fastest rising talents.