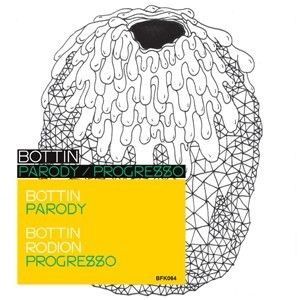 Bottin is back this December with his ‘Parody / Progesso’ EP on Bearfunk which includes a collaboration with Rodion.

For the labels sixty-fourth release the London-based Bearfunk Records invites back long-time member of the label family & good friend Bottin, next month he re-joins an impressive roster that boasts names such as Todd Terje, Ray Mang, Max Essa and Blakula to name a few.

The Italian native now residing in Venice has a rather impressive back catalogue which he has seamlessly built over a decade in the industry, notably marking releases on Nang Records, Tin, Perseo, Eskimo Recordings and this November returns to Bearfunk once more with two well-crafted melody-driven cuts that are bound to turn some heads.

For ‘Parody’ Bottin works in catchy keyboard riffs and soothing subterranean basslines over playful percussion to dish up a cut with an undeniably soulful and infectious groove. For the second track on the EP he teams up with fellow Nang & Eskimo affiliate Rodion, who himself has also released a wealth of material on Telonius & Munk’s Gomma Records. ‘Progresso’ is right on the mark with delicate bass swells, oscillating keys and shifting percussion that the pair combine sublimely to deliver a somewhat slower yet playfully melodic cut that really comes into its own.