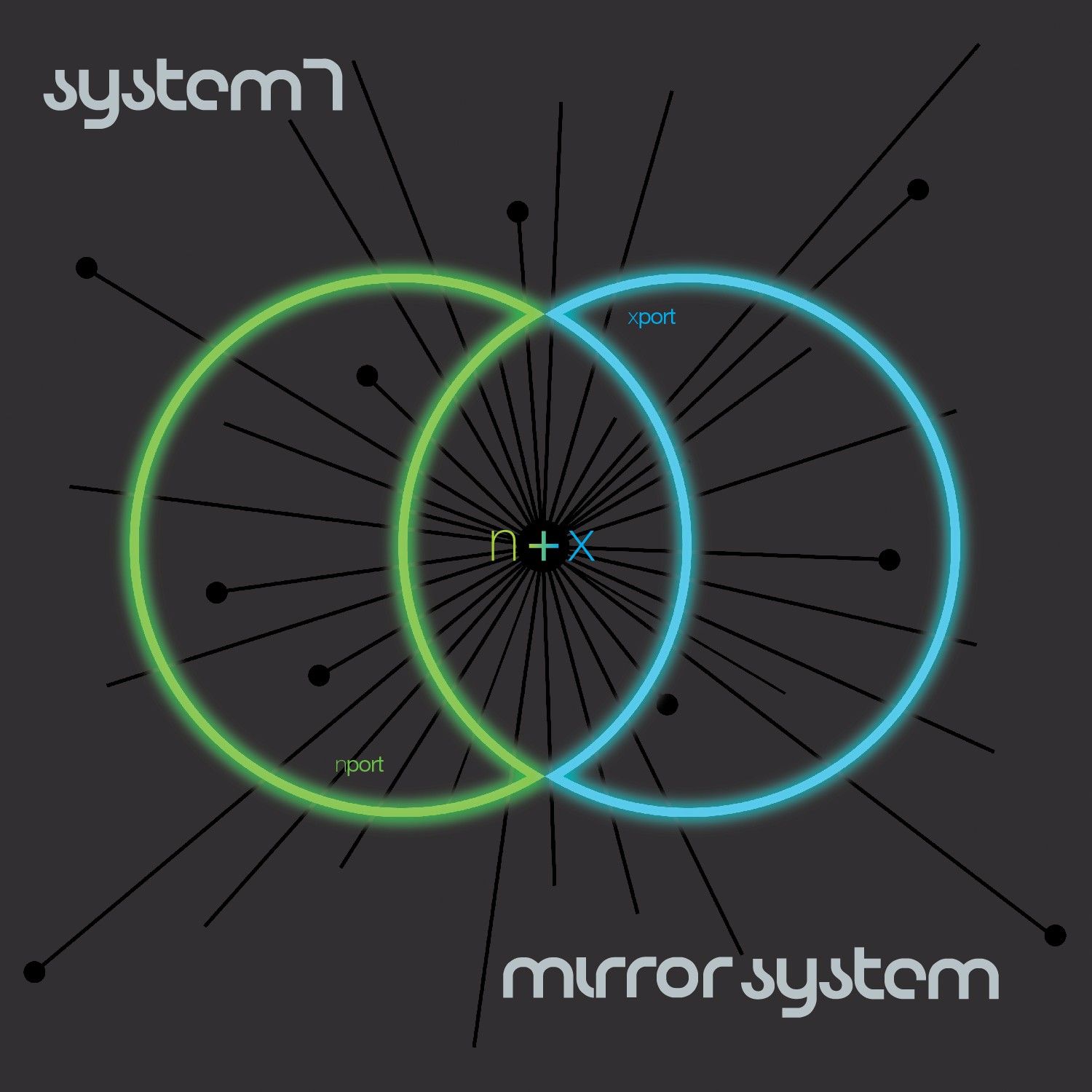 System 7’s Steve Hillage and Miquette Giraudy ‘have come in for their fair share of flak and praise from the critics, but the fact is they have a durability that most dance artists would give their eye teeth for, not to mention a loyal fanbase’ (RA) that continues to see them headline festivals and events incuding Glastonbury Japan’s Fuji Rock Festival and Sonica. From Steve’s early presence in Planet Gong and the revered ambient opus “Rainbow Dome Musick”, there is a cutting experimental edge that runs through their work including championing and working early on with Detroit’s Techno godfather Derrick May on the ‘Mysterious Traveller’ and seminal ‘Fire’ and ‘Water’s dual albums, which had a marked influence on the electronic artists that followed – check out Sheffield’s Warp label for Black Dog, B12, Autechre, and AFX.

Many of dance music’s leading visionaries have also collaborated and remixed System 7 including Richie Hawtin, A Guy Called Gerald, Carl Craig, Dubfire , Laurent Garnier and of course their work with The Orb on the classic 40-minute No 1 single ‘Blue Room’ and ‘Little Fluffy Clouds’. And beyond dance, Steve produced the groundbreaking early 80s Simple Minds albums ‘Sons & Fascination’ and ‘Sister Feelings Call ‘, which featured their classic instrumental Themes For Great Cities, which would later become a defining Balearic anthem championed by the likes of Paul Oakenfold and Danny Rampling.

Featuring 2 Bonus Tracks including System 7’s driving Boom Remix of ‘On the Seventh Night’, a mystical heavily grooved track laced with chants and Oriental sound stylings, and to close off this individual set, the lush surreal groove of ‘Thundernight’ from Mirror System.

N+X presents 2 System 7 tracks and 2 Mirror System tracks, that will later appear on the albums in updated form, plus 2 Bonus tracks – one by System 7 and one by Mirror System.

System 7 present a unique combination of tech-house beats and live musicianship, and hugely influential on the development of psychedelic ambient and electronic music. Their sister Mirror System project specialises in the chillout and downtempo aspect of their sound with deep rolling grooves and the subtle blend of rich dreamy electronics and guitar. Since the first Mirror System release in 2005 they have expanded their style to incorporate a soft minimal tech-house element. http://www.facebook.com/System7page

The ‘N-Port / X-Port Project’ cover artwork features the Vesica Piscis geometrical motif of two interlinked circles, which featured on some of Steve Hillage’s psychedelic rock albums from his pre-System 7 days.