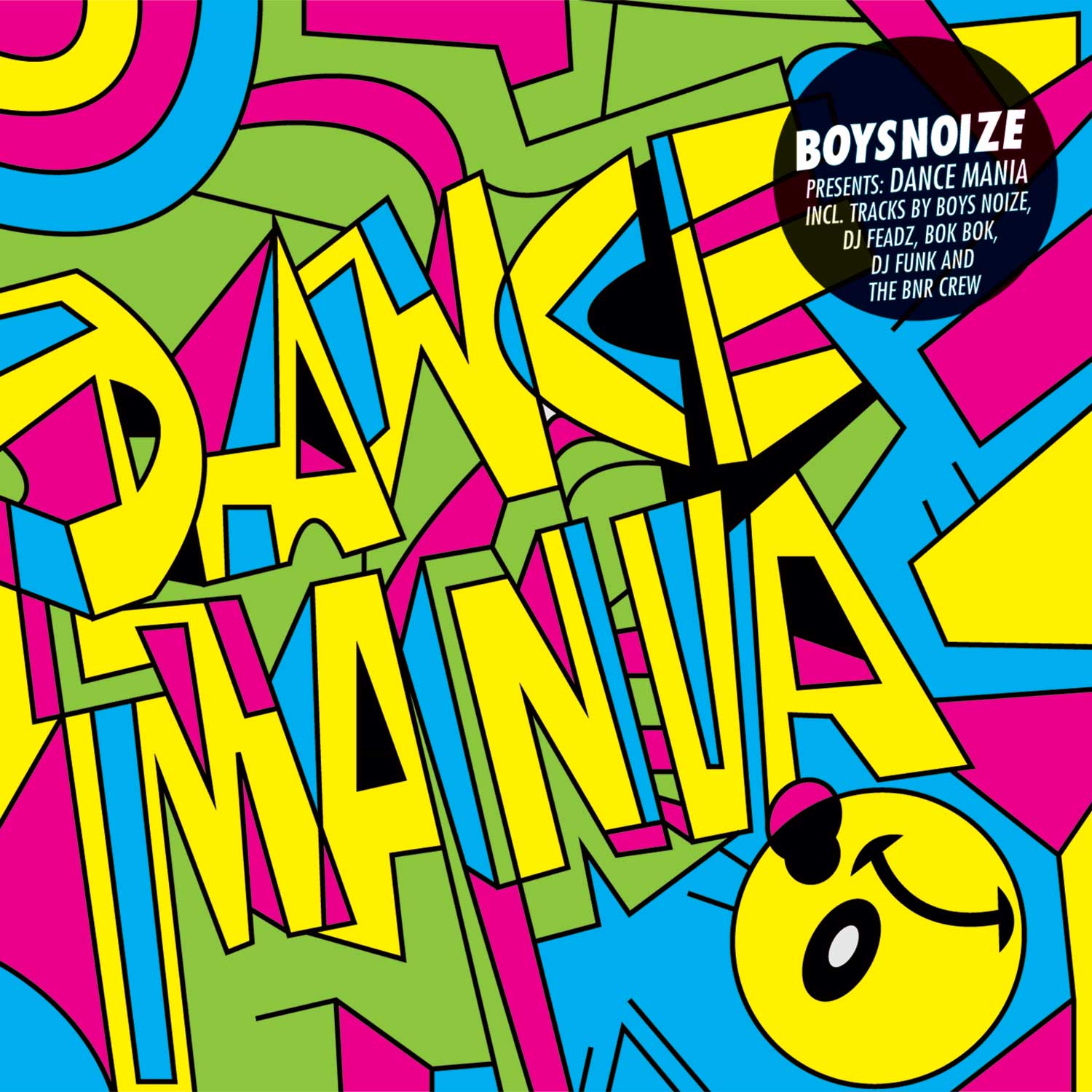 Chicago’s Dance Mania Records has been a huge influence for most of the producers and DJs on Boysnoize Records. “Many 12″s from DJ Funk, DJ Deeon or Paul Johnson that were produced in the middle of the 90s still work so well in any club environment. The idea of simple, jackin’ booty house records to use as tools, more or less, have always been timeless weapons in many DJ sets.” Alex Ridha aka Boys Noize

BNR thought it’s time to pay tribute to one of their favourite labels and producers so they’ve asked the Boysnoize Records crew and friends to produce tracks for this special compilation. Kicking off proceedings in fine booty shaking style we find French producer Feadz ‘shakin that ass’ on ‘Go On Girl’ whilst Strip Steve ‘Busts Your Shit’ with the deeper house soul of Ron Hardy overseeing proceedings.

Bart B More adds some unique industrial flair to the Dance Mania show but of course never forgets that all important Chicago ‘Bounce’, DJ Scholar aka SCNTST keeps it deep with ‘Simple Mane’ whilst adding some classic ‘Oh, Oh’ call and response shouts into the mix and Rynecologist’s ‘B.A.N.’ does exactly what it says on the tin, ‘busts a nut!’

SCNTST pops up again with the frenzied freak of ‘Change Dat Tape’, Boys Noize & Housemeister take it to the ghetto bass and bleep abyss with ‘1988’ and then the Dance Mania maestro himself delivers the totally wigged-out, jackin-stomp of ‘High Frequency’ giving the album that all important stamp of approval.

Things then get stripped down to the bare essentials as Harvard Bass & Pilo step to the plate with the raw Armani jack feel of ‘Twerk Talk’, Audionite busts a move with the hypnotic yet pulverising ‘Trax-O-Matic’ and then Nightslugs kingpin Bok Bok and Rush Hour’s Tom Trago join forces with more clipped and subtle jack roll of ‘Silent G Safari’.

Finally Pipes aka Steven Stoner and Matthew Pipes bring up the tempo with the bell ringing jack riddim that is ‘Double Staxxx’ and BS1 adds the one missing element in between all the 909 kicks and vocal shout refrains – the whistle as ther aptly titled ‘Whistle Jack’ closes out a fine tribute to the legendary jacking funk of Dance Mania.