After two years of silence while in the studio, Brazilian artist Olin Batista debuts on R3HAB’s CYB3RPVNKwith his dancefloor-ready single “Falling.” The track draws influences from his roots with tribal sounds in its instrumental melodies and drum beats, while the progressive bassline swells to an electrifying crescendo that will have everyone in the crowd moving their feet. Batista has gained traction with his official remixes for Ingrosso’s “Dark River” and Norman Doray’s “All In,” as well as Daft Punk’s classic “High Life,” which was heavily supported by A-Trak, Judge Jules, Robbie Rivera, Sander Van Doorn, W&W, Thomas Gold, Kryder and many more. Now part of the CYB3RPVNK family, we will hear much more of Olin Batista’s unique and energetic sound!

In 2018, R3HAB founded his label CYB3RPVNK, a place that embraces the alternative, pushes artistic boundaries, and serves as a platform to build up new artists. The imprint is current home to R3HAB himself and a strong roster of artists now including Olin Batista, the Brazilian newcomer who has stardom in his bloodline; Olin’s parents are former supermodel Luma De Oliveira and entrepreneur/World Champion in the Super Offshore Powerboat class, Eike Batista. His heritage is evident in tracks like “Amazon 63,” which is named after his father’s boat in the Superboat World Championship of 1990.” His single “Luma,” after his mother, was released on Kryder’s Sosumi Records and received a record number of downloads in the first 24 hours. Olin has been in the international music circuit since the young age of 18, and it’s clear the future is looking very bright for him indeed. 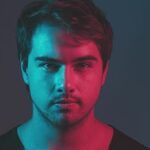