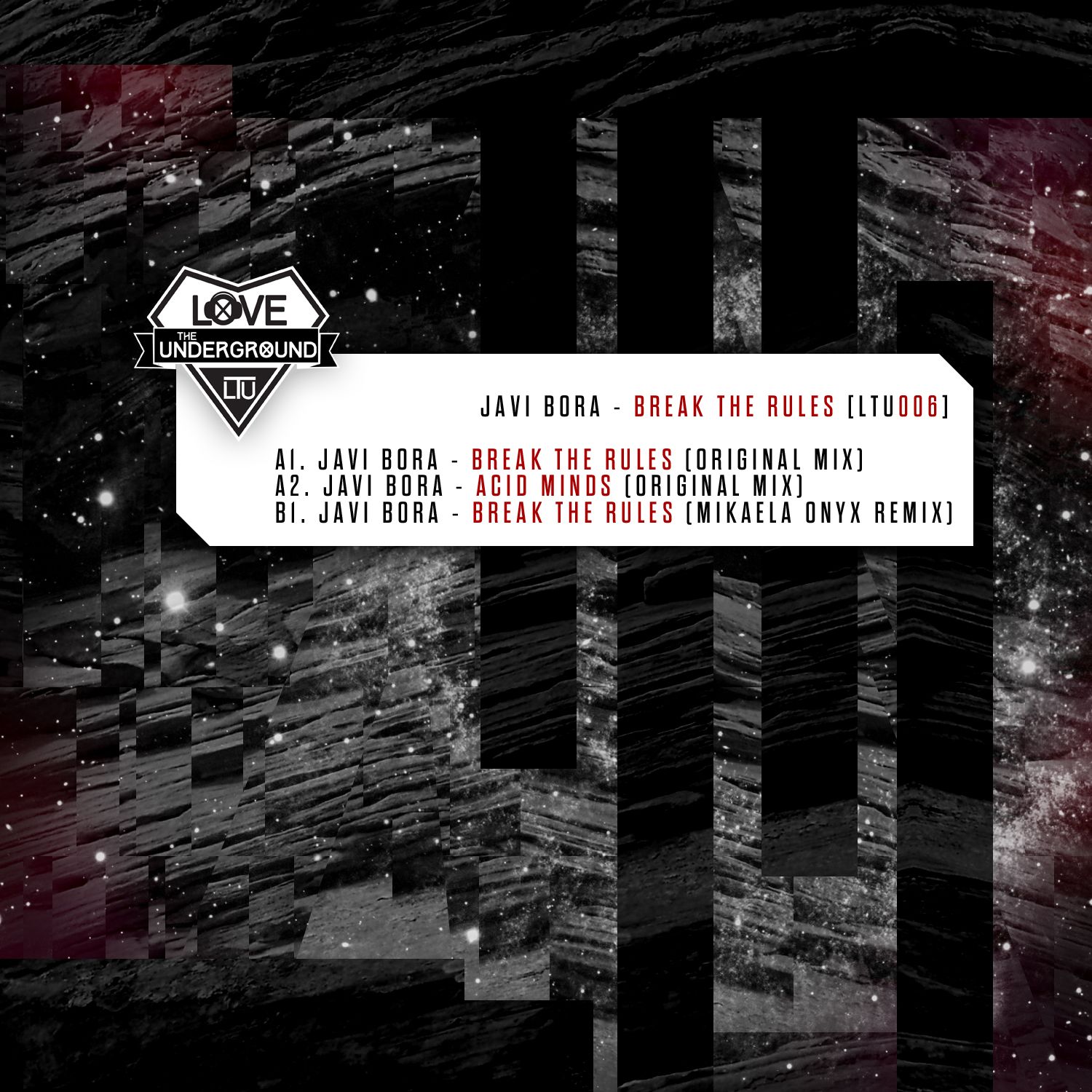 Launched by Russian DJ-producer Mikaela just over a year ago, Love The Underground Records has been on an upward trajectory ever since with showcases between London and Sonar Barcelona, weekly parties in Ibiza, not to mention a label discography spanning the likes of SIS, Miguel Bastida, Kike Medina and Ron Costa. The next artist to appear on the imprint is Javi Bora – a longstanding Ibiza resident known for releases on Liebe*Detail, Sincopat and Robsoul.

‘Break The Rules’ launches straight into a compelling groove featuring piercing stabs, intricate percussion and a rolling bassline. ‘Acid Minds’ is a more riotous number in comparison with its dense low-end and industrial aesthetic until Mikaela, whose ONYX remix signifies her weekly techno parties at Space (Ibiza), constructs a dark and twisted rendition of ‘Break The Rules’.