Breathe Carolina & Jordan Jay are ‘All I Need’ 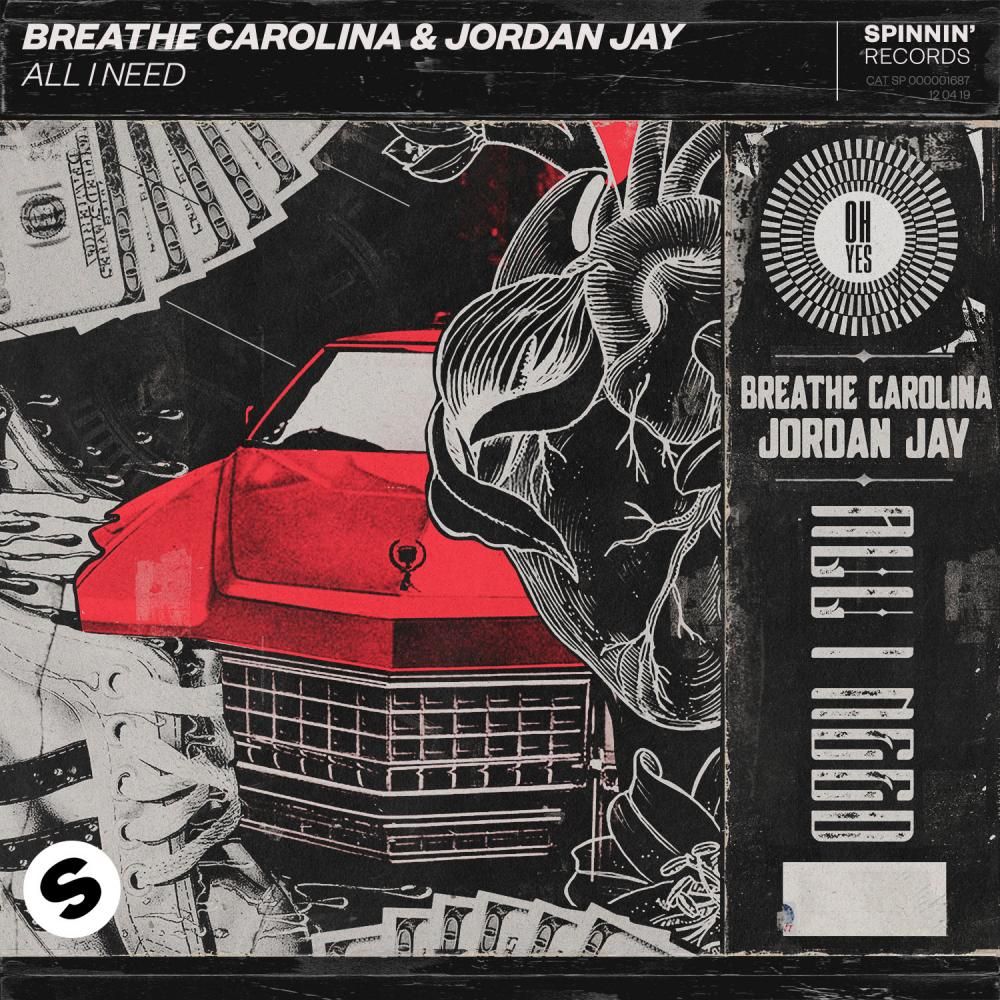 Breathe Carolina & Jordan Jay are ‘All I Need’

‘All I Need’ is mainstage energy as you expect it from these two renowned dance acts. A rollercoaster ride of a track, featuring uptempo beats, wild chords and cool vocoder samples building up towards a mesmerizing drop. It’s a sure shot crowdpleaser, destined to get this summer’s festivals on a roll, already receiving radio support from DJ’s like Tiësto, Nicky Romero, Afrojack, Lucas & Steve, R3hab, Mike Williams and more.

We are super hyped for our new track ‘All I Need’ with Jordan Jay , when he sent us the initial idea we knew it had MASSIVE potential.. with put our minds together and it became a super unique take on the current future house sound. Ready to see it played live by everyone all over the world.” – Breathe Carolina

I’m very proud to have this collaboration with Breathe Carolina. When they contacted me to work on a song together I got to work and sent them an idea they loved. They added their elements and we finalized it together to make ‘All I Need’, a club and festival banger that’s fresh and ready to be played by everyone! – Jordan Jay.

Breathe Carolina has been making a steady claim to fame these last years, turning into one of the most exciting acts in the current dance music scene. Starting off in 2007 as a group blending pop with catchy electronics, this has already led to several released albums, continuously moving forward in their sound, exploring its electronic dance influences to the fullest. It’s become one of the trademark sounds of Breathe Carolina.

Recently, the US based duo enjoyed massive success with hit releases like ‘Rhythm Is A Dancer’ and ‘Sweet Dreams’ (both collabs with the talented duo Dropgun) as well as the festival favorite ‘My Love’, racking up tens of millions of streams for the duo.

Jordan Jay (Jordi Coenradie, 1996 Rotterdam) is a Dutch dance producer and DJ. He discovered his passion for music at the age of 15. He started making dubstep and drum and bass. Later, he found his passion for house music and that’s still to this day where his heart is. He continuously tries to innovate his sound.

His in 2018 released track ‘Treat You Right’ received write-ups from Dancing Astronaut, DJ Mag and more respectable blogs. It was also played by Tiësto, Martin Garrix, Lucas & Steve and many more.