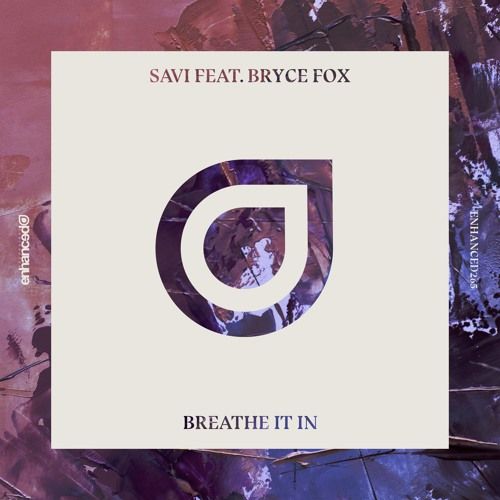 If you’re into vocal electronic tracks with a fresh vibe, it’s impossible to miss "Breathe It In" by Savi featuring Bryce Fox. After his first big release at the end of last year featuring alongside Bebe Rexha on Havana Brown's Universal Music label Battlecry, Savi comes returns with a new release under Tritonal's Enhanced Music.

Gleefully bringing up the feeling of freedom and joy with its gnarly electronic spirit, "Breathe It In" boils down to a conversation Bryce is having with himself to represent how he tends to battle his anxiety and stress, hindering any ability to live in the moment. An impeccable coming together exploring Bryce Fox's charming vocal delivery with Savi's slowly building, broken-beat backing to form a brilliantly fresh & unique production bursting with innovation and forward-thinking sounds. Savi got his start in the industry interning for Carson Daly while also co-hosting The Hot Hits Live from LA where he also appeared on TV shows such as; Touch (FOX), Entourage (HBO), Punk’d (MTV) and Greek (ABC Family), whilst playing in several bands as he was growing up before finally moving to LA after college.

"Breathe It In" was born as Savi met Bryce through some of his closest friends in LA. Bryce was actually the last of the IU crew he met, but as he heard Bryce sing "Breathe It In" he knew it was going to be special! Originally recorded at 126 BPM, but whilst Savi was working on several versions, it all finally came together at 144 BPM. Savi and Bryce were both raised in the midwest, moved to LA after college, and started individual careers from scratch going through the ups and downs of finding themselves artistically. Moreover, both individually booked their first big festivals together at Kaaboo in Del Mar, CA to perform alongside the likes of Steve Aoki and The Chainsmokers. Savi is now touring the US with major residences at Marquee and Drais in Las Vegas, Omnia in San Diego and Eleven in Miami.