Representing the 0121 Brixx dials in some her fierce and fiery energy into the dancehall laced riddim, courtesy of DJ and producer Toddla T. Fusing a patios dialect in her lyricism with English, she combines her English and Jamaican cultures into a bouncy up-beat vibe. The single received its first play by DJ Target on BBC 1Xtra and Snoochie Shy has made the track her ‘Top Selection’. The vibrant visuals and energy carry straight into the music video, which is premiered via GRM Daily.

The Birmingham resident has a sound that sets herself apart from her Midland contemporaries. Born in the United States Brixx travelled to this side of the pond as a young girl. With her mum from Birmingham and father from Jamaica, she embodies a transatlantic sound to her music. Being raised by Caribbean parents she could speak Patois before she could speak English and it heavily influences her lyrical delivery as a rapper.

Her music is reflective of her reality and she raps about some very personal experiences within her music. Launching onto the scene with her gritty [email protected] freestyle she began to ignite some interest surrounding her name. Continuing to up the levels she went onto showcase some of her freestyle chops on Northside Media for their ‘On Da Radar’ series, which has over 100,000 views.

Having only made her single debut back in May with her heavy track ‘Man’, Brixx is beginning to showcase her skills as a rapper and this is only a start. 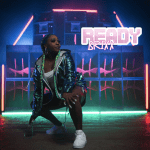