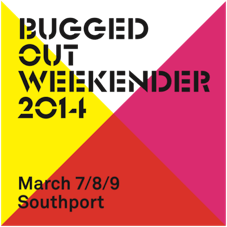 Newly confirmed is Green Velvet, a firm member of the family who first played back in 1996 and more recently released the 80s pop inspired low-slung house classic Bigger Than Prince and joined Bugged Out in their pod on the London Eye for the Red Bull Music Academy Revolutions in Sound. Returning to the Weekender for a third year is Joy Orbison who is releasing a two-track 12” this month with regular collaborator and fellow new confirmation Boddika on their Sunklo imprint. Joining them are party starters The 2 Bears, the enigmatic Ten Walls – whose track Gotham released on Innervisions was the hit of the summer – and Montreal producer Jacques Greene who will be bringing his inimitable blend of chopped up R&B, UK bass and synth-heavy house to Southport in March.