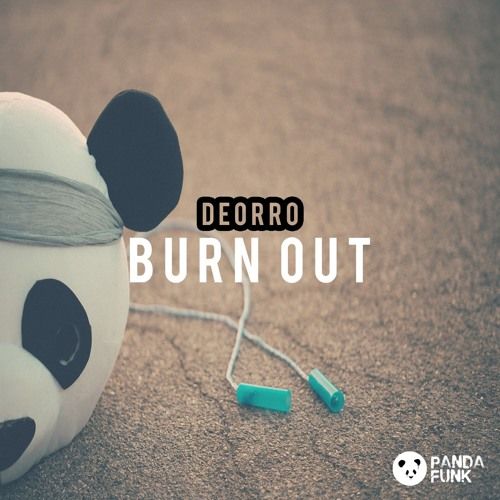 Los Angeles producer and party-starter Deorro returns to scene with a new release, "Burn Out," and a modern take on an old sound. Longtime fans of his may recall music from his earlier days in the new track's Melbourne bounce sound, but "Burn Out" has a distinctly edgier vibe that can best be described as a fusion of bounce and hardstyle. Deorro has coined the sound "hard bounce," and it's certainly not for the faint of heart. "Burn Out" keeps a relentless, high-energy pace throughout its entirety, but its bouncy bassline makes it more dancefloor friendly than a traditional hardstyle track. See how long you last grooving to this massive track, which is out on Panda Funk. This is Deorro's first single after the incredibly successful release of his debut full-length album, Good Evening, earlier this year on Ultra Records. "It's more than an introduction to a creative mind, it's a story of sound and feeling," quoted Billboard of the 24-track journey that showcased many versions of Deorro's production capacity. With so many sides of the talented artist yet to be discovered, we can't wait to see what Deorro comes up with next. Catch him on the road this fall during his Existence bus tour, which runs from October 27th to December 9th and hits many US cities including New York, the DC area, Houston, San Diego, San Francisco, Denver and more.

Panda Funk's slogan is "more than a record label, it's a movement," and this collective of forward-thinking artists has certainly embodied that motto by igniting dance floors around the globe with their party-friendly music. Their influences range from house, techno, electro and bass music, making for a contemporary collection of sounds that can't be fit into just one genre. Americanproducer Deorro is the perfect example of such dynamism. His impressive discography including a myriad of original productions, from his early hits "Yee" and "Five Hours" to this year's "Rise and Shine" and more, as well as collaborations/remixes with Chuckie, Axwell, Krewella, Laidback Luke, Carnage, Diplo, Tommie Sunshine, and more. His prowess behind the decks have earned him headlining spots at some of the world's craziest festivals and clubs, like Coachella, Ultra, Lights OFF, and Electrobeach. Now with a renowned debut album under his belt and more new music on the way, the future is looking very bright indeed for both Deorro and Panda Funk.