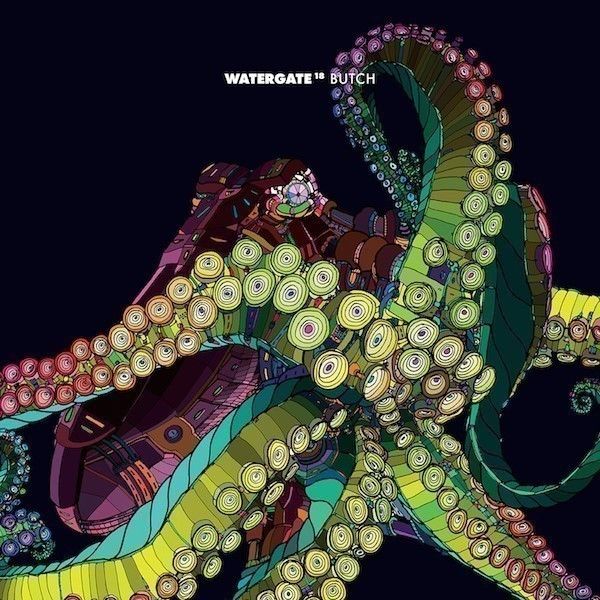 It seems that there is an overabundance of artists today who have reached a level of success from their work, but very few of them come close to the level of output and range as Butch. Equal parts producer extraordinaire, DJ, gentleman, and comedian, Butch has everything deserving of a star in todays dance music arena. Which is why he was selected to mix the Watergate Mix Series.

In twenty three tracks spanning an hour and twenty minutes, Butch guides you through a lucid dream in a technicolor world where time ceases to exist. Reminiscent of a turn of the century Danny Tenaglia, Butch displays his prowess as not only a tastemaker but an artist encompassing a boundless spectrum of intention and interpretation. The journey begins with the washed out ambience of Jonas Kopp’s ’55 Dias’ as the groove of Octex’s ‘Liagon’ slowly surfaces establishing the foundation for which the mix will follow suit. Slowly but precisely, Butch moves into a lush landscape of utopian sounds with tracks like Redshape’s ‘Goom’ and Minilogue’s ‘When Sadness Releases Joy Arises’ before taking a turn to the heavier side of dance floor pandemonium. Almost obliviously, you find yourself locked in a hypnotic state as the sound of Truncate’s remix of WestBoy’s ‘Green Illusion’ and Polar Inertia’s ‘The Last Vehicle’ lash out in proper “four to the floor” techno.

The mix would be incomplete without two cuts from Butch himself, and this is where the mix dives into the psychedelic side of club music. Both tracks ‘Spirit’, exclusive to the mix, and ‘Thai Cubensis’ with his partner in crime Hohberg are psilocybin laced expeditions into the outer reaches of deep space. As with any psychedelic experience, it must come to an end. And, this is where your shaman, Butch, eases you back down from your journey with a plush and opulent cloud of warmth. With a compassionate touch and soothing tone, you are gently laid into the sonic opera of Weltwirtschaft’s ‘Maud’. As an atmosphere unlike that of a ride through the cosmos slowly fades into silence and the adventure ends, you are left with a feeling of complete content and gratification.