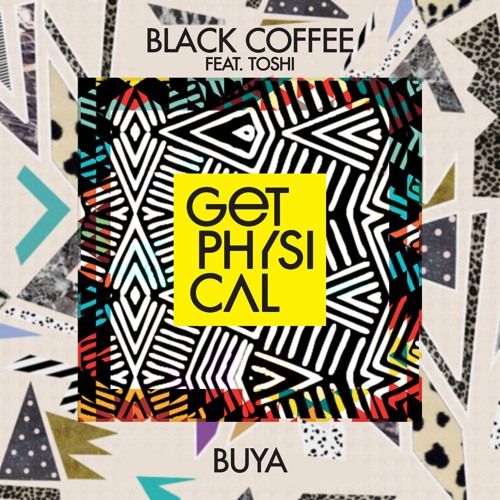 The South African phenomenon Black Coffee has become well known in recent years due to his impeccable blend of house, infused with African culture and vibes. In 2012, ‘Buya’ was released featuring the stunning vocalist Yoshi. The track went platinum in Africa in 2 months, bringing Black Coffee into the international spotlight. Now, Get Physical has taken the reigns and handed the track over to Loco Dice, M.A.N.D.Y. and Da Cappo.

Loco Dice lays down a touch of Funk, lightening the mood and takes the track into his world between house and techno, and brings back a bouncy experience.

M.A.N.D.Y. on the other hand, opts to keep the original deepness intact, throwing us a super fluid dance number for stirring up a boiling dancefloor.

Da Cappo then generates an elegantly organic atmosphere, with the energy loosened and wrapped up in a thick blanket of jazzy-swing.

This EP also marks the first taste of a brand new compilation series coming soon to Get Physical, Africa Gets Physical.

Loco Dice who has African roots spends his proceeds of the EP for the development of the new website, and the donation campaign for the Kliptown Youth Centre in Soweto, South Africa, a non-profit project that provides hope through tutoring, athletic, music and arts programs.

The returns will go to helping the heroes of the Kliptown Youth Center in Soweto, South Africa, giving kids a chance to create and express themselves whereas they might not have had that chance before. The youth is our future, and right now they need our help and support.