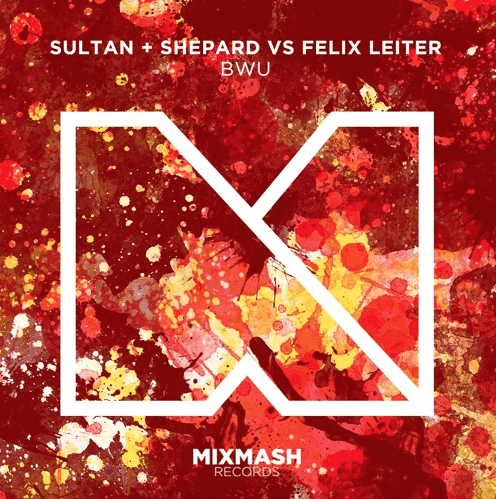 Distinguished production duo Sultan + Shepard return with an irresistible collaboration “BWU,” out now via Mixmash Records. Teaming up with Felix Leiter, their latest release heads in a new direction for the duo. A fusion of both artist’s styles, the upbeat record features a piano-produced melody and soulful vocals combining both deep house and disco elements.

Dubbed the “kings of the progressive scene” by Beatport, musical duo Sultan + Shepard have quite the portfolio. From their Grammy-nominated remix of Bruno Mars’ “Locked Out of Heaven” to co-writing David Guetta’s “Bad” with Showtek, producers Sultan and Ned have managed to maintain a consistent studio output with impressive stamina. With major collaborations with artists including Dillon Francis on “When We Were Young” and “Make Things Right” with Tegan and Sara, the duo scored releases on labels including Doorn, Armada, and Spinnin’.  In addition to renewing their residency at Las Vegas’ Light Nightclub, the production duo performed at Ultra Music Festival in Miami, Tomorrowland in Belgium and ADE in Amsterdam in 2015.

Refusing to be confined to one career – Felix Leiter wears multiple hats as a promoter, DJ and house music producer. His resume includes playing alongside Calvin Harris, Alesso, Sander Van Doorn and Axwell, all of which have shown strong support for his records. Also a Resident DJ at Digital UK that was voted ‘Best Large UK Club” and landed the #11 spot on DJ Mags Top 100 Club’s list, Felix is more than comfortable on the stage especially main stage. Recently, he has played on main stage at Mint Festival, Coloursfest and his own Northern Lights Festival and performed at world renowned clubs such as Pacha, Ministry of Sound and his stomping grounds Digital Newcastle.