Jonas Blue ft. Raye - By Your Side (Remixes) 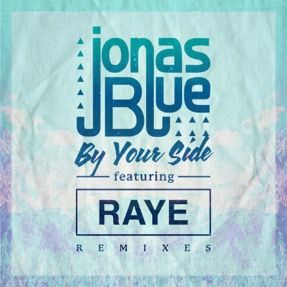 Jonas Blue ft. Raye - By Your Side (Remixes)

Following the release of Jonas Blue’s latest smash hit, ‘By Your Side’ feat. RAYE, the British platinum-selling artist has unveiled a striking remix package out now via Positiva/Virgin EMI.

Kicking off the remix package, London producer Zdot injects a slice of grime into his rework, matching his hard-edged sound with the flowing bars of Derby MC Eyez. Zdot’s version of ‘By Your Side’ boasts rumbling basslines and undefeated beats.

From Madison Mars’ electro workout to Two Can’s upbeat summery rework, each remix is reimagined through the eyes of both notable and emerging artists. DC Breaks’ relentless drum and bass rendition of ‘By Your Side’ brings the package to a close.

Having sold more singles globally this year than any other debut British artist, Jonas’ latest offering is currently soaring up the UK Official Chart Top 15 and has garnered over 43 million streams to date. recently released a special acoustic rendition of ‘By Your Side’, recorded at the iconic Abbey Road Studios. The stripped-back recording highlights the hit maker’s accomplished piano skills.