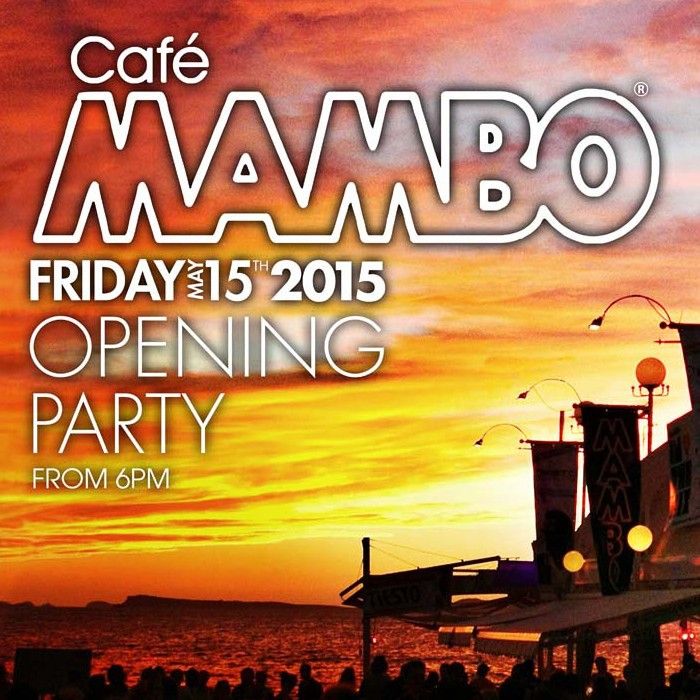 The venue will once again be hosting some of the biggest pre-parties this year, together with the hottest names and brightest new talent in house and electronic music throughout the summer season (www.cafemamboibiza.com). Line ups to be announced soon.

Café Mambo has been hailed as the place to party on the sunset strip in Sant Antoni, Ibiza, since 1994 and hosted its first BBC Radio 1 Weekend the following year.  With unrivalled DJ line-ups, mixed with food, cocktails and the world famous sunset, it is estimated the outdoor area has hosted as many as 23 million passers by during its tenure. Some of the star names who have graced the decks at this legendary venue include Pete Tong, Carl Cox, Swedish House Mafia, Solomun, Bob Sinclar, MK, David Guetta, Duke Dumont, Martin Garrix, Hannah Wants, Guy Gerber, Tiesto, Hardwell, Fatboy Slim, Steve Aoki and many more. Cafe Mambo also hosts the annual charity event, Mambo in The Mix, whereby superstar DJs serve drinks and food while the public make donations to take turns on the decks in aid of local charities – raising over €90,000 Euros in the last 3 years.