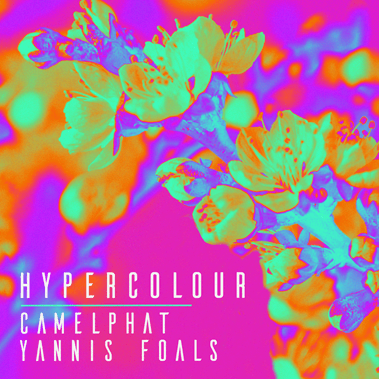 The track is a master-crafted display of Camelphat’s signature hypnotic sound topped with Yannis’ melancholic vocals. Hypercolour sees two musical powerhouses of the British music scene come together to create what is set to be one of 2020’s biggest crossover hits.

Never afraid to push the envelope, Camelphat’s collaboration with Foals’ frontman Yannis Philippakis has been eagerly anticipated by fans. Needing little introduction, from playing chaotic house parties in their home city of Oxford to becoming major festival headliners across Europe, Foals’ trajectory has been remarkable. They’ve earned critical acclaim winning Best Band at the BRIT Awards last year as well as NME and Q Award wins. Not stopping there, the band have also been nominated for an Ivor Novello and have been nominated three times for a Mercury Prize earning fan devotion with anthems such as My Number, Inhaler and The Runner.

Liverpool duo Camelphat (Dave Whelan and Mike Di Scala) have firmly established themselves as one of the most in-demand dance acts around. Making their mark with their 2017 Grammy nominated hit Cola, the duo have continued to release huge hits such as Breathe, Panic Room ft Au/Ra, Rabbit Hole and ‘Be Someone’ alongside Jake Bugg. The pair have been hailed as the ‘hottest dance acts in the world’ and have consistently been supported by industry heavyweights including Annie Mac, Zane Lowe, Danny Howard and Pete Tong. The pair are also firm favourites on the festival circuit playing some of the world’s biggest events such as Glastonbury, Coachella, Reading & Leeds, Creamfields, Warehouse Project, and Parklife. This summer the pair were confirmed to headline their own residency every Wednesday at Ushuaia, Ibiza and are set to announce a huge UK headline tour in the next coming weeks 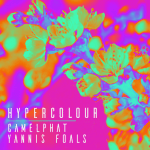