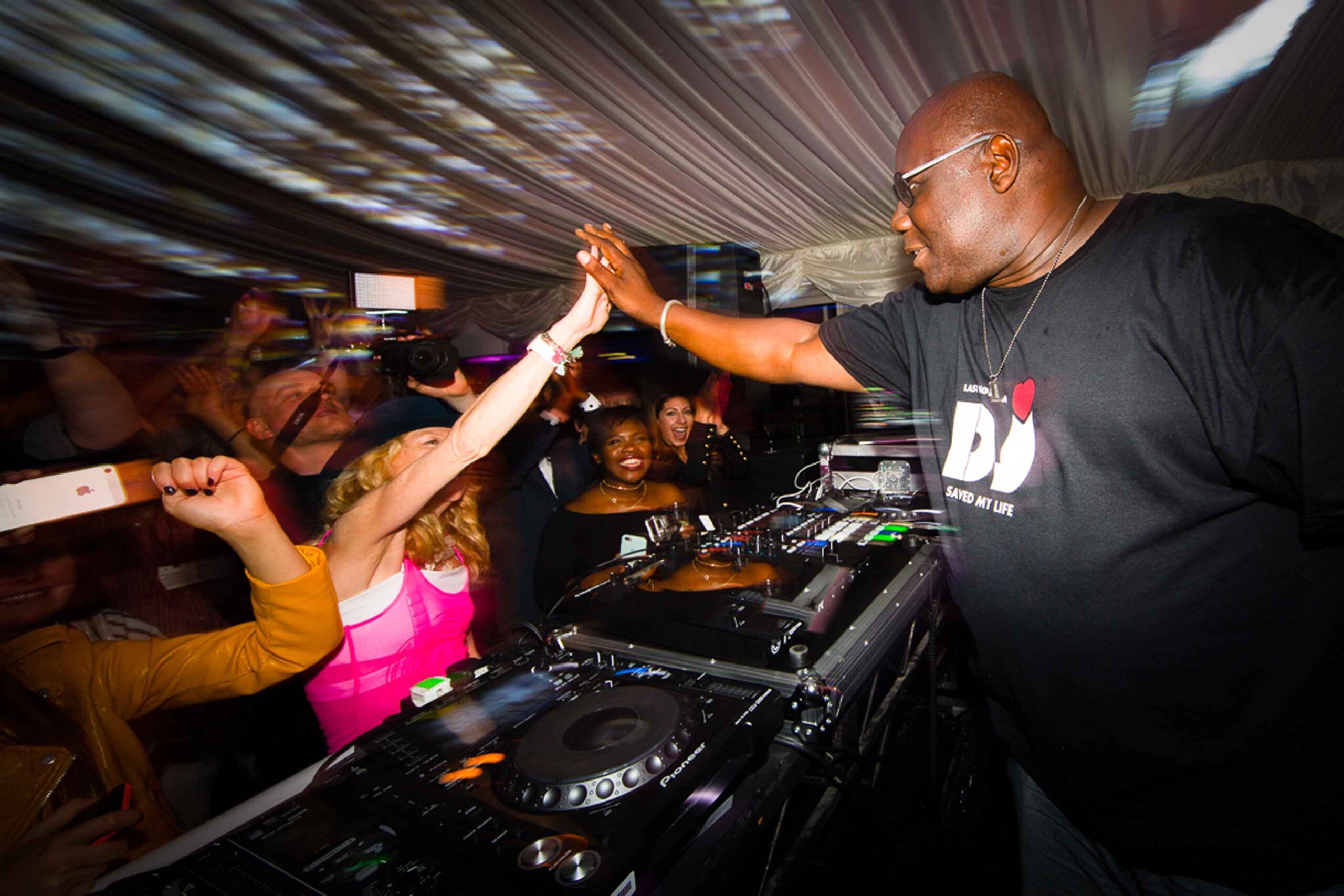 Fresh from rocking the House of Commons at the House The House charity event, Carl Cox together with Last Night a DJ Saved My Life charitable foundation are offering an amazing competition prize of a Carl Cox VIP guest list experience for 2 in Ibiza.

The winner of the draw, taking place on 1st June 2016, will win the prize of 2 guestlist places for Carl Cox – The Revolution Final Chapter opening at Space Ibiza on June 14th.

Entry into the draw requires the entrant to TEXT ‘OHYES’ to 70660 and donate £5 to support children in conflict zones around the world (UK mobiles only). There is also a web donation link for the campaign. http://uk.virginmoneygiving.com/fund/CarlCox

House The House was attended by MPs, charitable donors, and figures from across the music and media industries. The legendary DJ Carl Cox was supported by 19-year old Holly Louise, overall winner of the House the House nationwide DJ contest, and 16-year old Stanley Hood, winner of the 14-16 year old category providing admirable competition for the house and techno don.

Last Night A DJ Saved My Life’s 3-month text message donation scheme encourages supporters of Carl, LNADJ and the dance music community as a whole to give £5 by texting ‘OHYES’ to 70660. The funds raised will be given to War Child to support some of the world’s most vulnerable children, affected by the world’s worst conflicts in the Middle East, Afghanistan and Africa. The winner of the first text to donate draw, Anton Bell, won the opportunity to meet Carl Cox at the House The House event last night. The ‘OHYES’ text to donate initiative is also offering prize draws up to the closing date July 7th. See link for terms and conditions.  http://lastnightadjsavedmylife.org/page/carl-cox-text-to-donate

6 regional finalists competed to win a place to play alongside dance music legend, Carl Cox, at the House of Commons. The initiative was set up to raise money and inspire the UK dance music community to champion a positive contribution to children in conflict zones across the world. For those not lucky enough to have attended the event, you can see all the action from the night with BE-AT.TV http://be-at.tv

The regional heats were held in 6 UK cities and supported by the education partner, Access to Music, an educational body that develops creativity and vocational ambition via relevant engagement and guidance within the music industry.  The organisation has provided training to thousands of musicians across the UK.

Jonny Lee, Founder of LNADJ says: “What an incredible evening! This was a hugely important event for a vital cause – raising funds by getting young people engaged through their love of music. The entries were amazing this year, and Carl, Holly, and Stanley, all played fantastic sets. We’d like to thank everyone involved for making this a tremendous success.”

The event follows the ground breaking launch of ‘House the House’ in 2013, when Fatboy Slim and competition winner Bryce Fury made history by becoming the first DJs to play in the House of Commons.