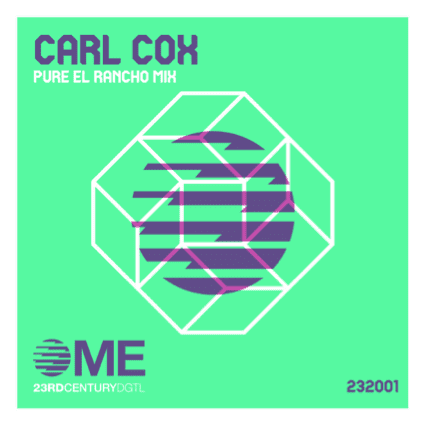 The king of techno Carl Cox is back on 23rd March with ‘Pure (El Rancho Mix)’, his highly awaited new single marking the rebirth his iconic 23rdCentury Records label.

This essential release is Carl’s first single in over 2 years and sees the undisputed techno master do what he does best by delivering a stomping peak-time dance floor destroyer encompassing a humongous ground-shaking rhythm, stadium-rousing synth blasts, futuristic arpeggios and lush atmospherics.

Along with this being Carl’s first solo release in a while, it also brings his respected 23rd Century Records label out of hiatus marking its first release since 2006. Carl says: “This techno beast is my first solo release in some time and I’ve already secretly tried and tested it at my appearances around the globe, people have been going wild when it drops! It’s a real thrill to see the crowd reaction when I drop PURE into the mix. The thing about this one is that it grabs hold with a million techno-tentacles and won’t let go! Even I can’t resist when it comes on!”

In addition to ‘Pure’, Carl’s also launched an exclusive new live streaming series ‘Cabin Fever – The Vinyl Sessions’ to further bridge the social gap we are all feeling under this new life under quarantine. The sessions will be broadcast regularly from his home studio ‘El Rancho’ in Melbourne, Australia via his Facebook channel – for updates and to tune in click here!

‘Pure (El Rancho Mix)’ is available to stream via all leading services from Monday 23rd March. 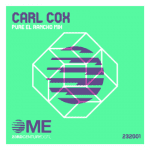