For his next single back in the dance music game, Heavyweight Records head honcho Carnage teamed up with Australian producer Timmy Trumpet on their new track “Nah Nah.” This time Papi Gordo draws strongly upon hardstyle influences and fuses them with his signature festival trap style. Debuted on the Main Stage of Tomorrowland, this upbeat, euphoric track opens up with driving bass and plucky melodies before evolving into a hardstyle monster that will take no prisoners on the dance floor. Carnage’s latest track comes off the heels of his newly signed deal with UTA for representation across North/South America, Australia, and Asia. “Nah Nah” caters to Carnage and Trumpet’s specific brand of listeners, bass-minded individuals who never shy away from the grimiest, hardest sounds to be found at any given festival or club circuit. This is the second collaboration between the two formidable artists, who previously worked together on “Toca” in 2015 which has amassed over 50 million streams. Since then, Trumpet has made a solid impact on the scene with his energetic live performances, multi-platinum records, and sold-out venues across the globe.

Carnage has made a name through breaking the rules and staying true to himself. The Las Vegas-based artist established himself as the reigning champion of hard bass and trap music with early hits, later being one of the first artists to transition electronic music into hip-hop, rap and urban styles. Before launching his label Heavyweight Records in 2017, Carnage put out hit after hit such as “I Like Tuh” with ilovemakonnen, ‘Bricks’ with Migos, ‘Down for Me’ and ‘Guala’ with G-Eazy, ‘Homie’ with Meek Mill and Yung Thug, ‘Learn How to Watch’ with Mac Miller and MadeInTYO and ‘iShyne’ with Lil Pump. Heavyweight Records is a home for hard bass and hip-hop music. Since then, he has gathered a formidable crew of companions on the imprint, from the masked mastermind GRAVEDGR, Gommi, Sludge, Lil Texas, and more. After taking a break from music and touring in 2018 to focus on his mental health, Carnage dove right back into it with his hits “Letting People Go,” and “Wait For Me” with G-Eazy and Wiz Khalifa. In partnership with the RAICES foundation, the music video for “Letting People Go” raised awareness for immigrants at the US / Mexico border and retraced Carnage’s families voyage into America, as covered by TIME and dozens of other outlets. He also contributes his influence and time to this charitable causes close to his heart. Nonetheless, Carnage could not resist producing what he loves the most, bass music, and released ‘Blitzkrieg’, ‘Slot Machine’ and ‘Holy Moly’ all within a month. The ‘Holy Moly’ music video was declared a “Bloody Hysterical Short Film” by Billboard and now after being played out live by DJ Snake, Yellow Claw, Flux Pavillion, 12th Planet and many others have become some of the most hardest hitting tracks of 2019. 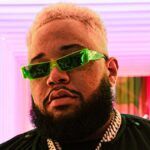