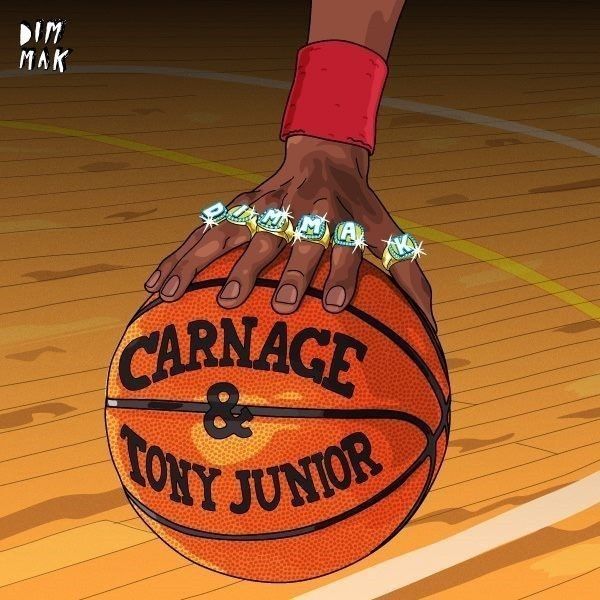 In support of “Michael Jordan,” CARNAGE recently launched the Six Rings Tour, which includes several high-profile performances at the top music festivals this year, including Osheaga in Montreal, Electric Zoo in NYC, and a featured appearance at Tomorrowland on Dim Mak’s own “Up All Night” stage.

Additionally, CARNAGE has teamed with SiriusXM to launch his very own weekly radio show on Electric Area. The “Carnage Presents: INCREDIBLE” show, titled after his recent chart-topping track of the same name with Borgore, kicks off July 20 and airs Saturdays at midnight PST/3 a.m. EST and is rebroadcast Wednesday afternoons and later posted on CARNAGE’s social networks. The hour-long show will see CARNAGE spinning his favourite tracks and will include guest mixes from some of the hottest names in electronic music around. For information on air and rebroadcast times, visit http://www.siriusxm.com/electricarea.

Receiving support from some of the biggest electronic producers around, including Tiësto, Avicii, A-Trak, Porter Robinson, Paul Oakenfold, and many more, CARNAGE is one of the fastest rising stars in EDM and has been covered by national mainstream media and tastemaker outlets alike, including Beatport News, Dancing Astronaut, HYPETRAK, and Elektro, who featured him in their Freshmen 2013 feature. His live stage presence is unmatched and has driven fans to his sets across all the major music festivals, including Coachella, Electric Daisy Carnival, Ultra Music Festival, Osheaga, Spring Awakening, and more.

About CARNAGE:
CARNAGE is an artiste, and bass is his muse. With a catalog of productions and remixes for rising MCs, DJ heroes, and pop superstars alike — from Theophilus London and A$AP Rocky’s triumphant “Big Spender” to his blog-dominating series of “festival trap” bootlegs to his blistering Borgore collaboration “Turn Up”— CARNAGE has proven his expert knack for things that go boom. One of his first projects was a tripped-out and captivating remix of Yuna’s “Live Your Life.” Soon, Tiësto began spinning the track on his popular Club Life podcast, while Paul Oakenfold featured it on regular rotation on his radio show Planet Perfecto. His “Festival Trap” remix of Hardwell’s “Spaceman” quickly exploded online and he also co-produced The Cataracs’ “All You” featuring Waka Flocka Flame and Kaskade. Influential imprint Fool’s Good released one of his most maximal masterpieces yet with “Bang!,” a gleefully, over-the-top mash of orchestral pomp, cranked up laser riffs and steroid-jacked 808s, backed by the equally amped up “Kat!e” featuring Chicago’s underground queen Kat!e Got Bandz. CARNAGE’s most recent releases include the track “Incredible” with Borgore out now on Spinnin Records, which hit #1 on Beatport, and newest single “Signal” featuring New & Used, also out now on Spinnin Records. There’s nothing quite like seeing CARNAGE live though. Every show detonates based off his hyperkinetic energy and formidable presence.