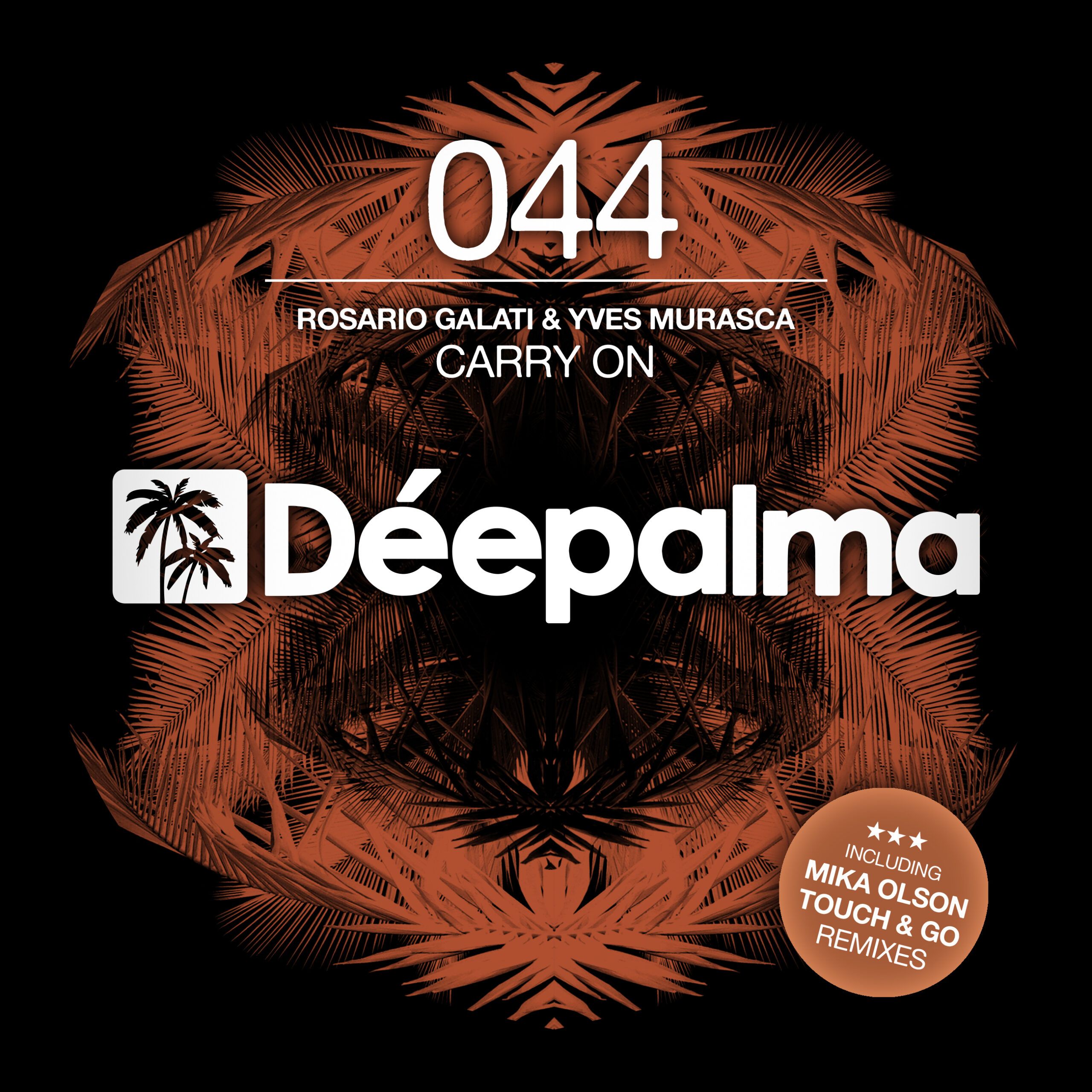 Founded in 2013 by Yves Murasca, Munich based imprint Déepalma Records is fast approaching 50 releases and has featured names such as Giom, Tapesh, Vanilla Ace, Satin Jackets and Matvey Emerson to name a few. Celebrating its three year anniversary, the label has achieved envious accolades since its fruition, including a Beatport No.1 with their Touch & Go Remix of Gabriel & Castellon ‘Es Vedra’, not to mention an iTunes Germany No.1 with their Déepalma Ibiza Mix Album.

‘Carry On’ sees Sicilian producer Rosario Galati team up with label founder Yves Murasca for a summertime number that pairs a moody bassline with deep chords and an impassioned vocal. Germany’s Mika Olson then makes a return to Déepalma with a trippy remix featuring an eerie synth hook and poignant piano chords, before UK based producer Touch & Go, who runs Mena Music, lays down a dark and broody cut composed of menacing low-ends and twisted effects.