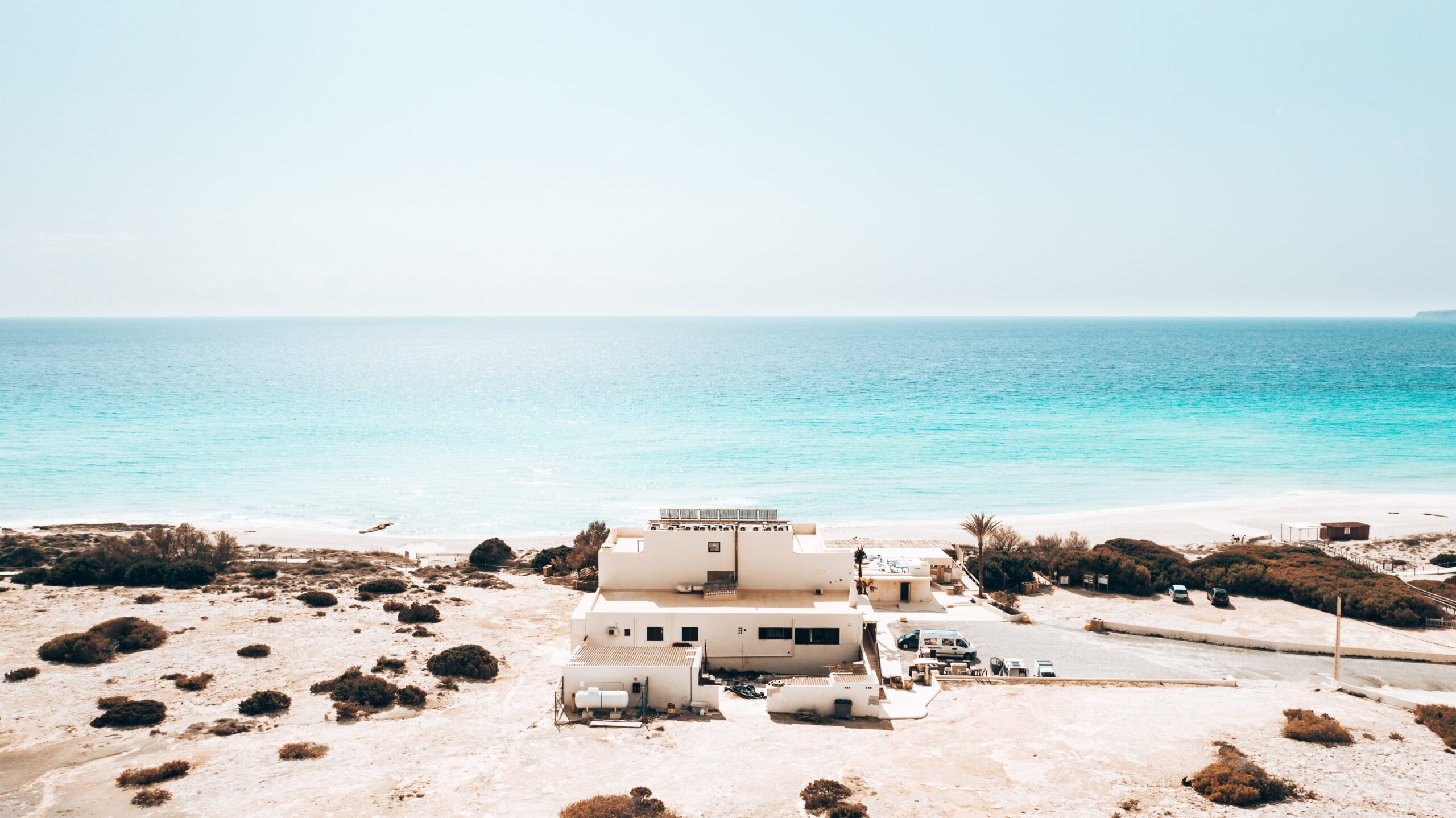 Casa Pacha Formentera a new hotel bringing barefoot simplicity and understated comfort, will be opening on Ibiza’s laidback sister island Formentera on 20 May 2021. Conceptualised and owned by the iconic Pacha Group, the opening marks a new offering for the brand.

Comprising of 14 spacious rooms and suites with pared back yet stylish interiors by Patricia Galdon Studio, Casa Pacha Formentera is set to be the ultimate barefoot bolt hole on one of Europe’s most beautiful beaches. Encouraging a free-spirited yet intimate approach to hospitality, Casa Pacha Formentera is a ‘home from home’ that emphasises relaxed living and spontaneity.

Fusing thoughtful design and a relaxed service style with an unrivalled heritage of entertainment hospitality, Formentera will bring a lifestyle experience that encapsulates the spirit of the Balearics, allowing guests to revitalise and reconnect with themselves. Echoing the Ibiza of 50 years ago, Casa brings charm and authenticity and a sense of Pacha going back to its roots; off stream yet at the centre of the chic scene.

Nick McCabe, CEO of Pacha Group comments: “This opening signifies a key moment for the evolution of our brand experience Pacha and in many ways it’s the delivery of a more grown-up offering, but one that retains a sense of wonder and fun. The first of our Casas to open, Formentera is all about simplicity, originality and slowing down.”

Positioned on Formentera’s longest beach, the magical Migjorn, Casa’s guest rooms are framed by spectacular sea views and all feature private terraces or balconies. Textured layers, neutral tones, polished concrete floors, and natural materials such as wood and linen combine with esparto grass baskets and statement ceramics for contemporary interiors that bring a sense of calm. Reflecting the locale, many of the decorative objects have been sourced from local artisans or are subtle nods to Pacha’s rich legacy.

Pacha’s birthright is subtly referenced throughout; the entrance with its iconic 60’s Pacha imagery, the room names such as Hippy, Lio and Ricardo, coffee table books documenting the rich and storied history of the brand and a blend of the core Ibizan traits of idyllic backdrops with a hypnotic soundtrack.

Casa Pacha Formentera will also be home to Pacha’s very first beach restaurant of 120 covers. Harnessing the essence of the sea, lovingly interpretated in a laidback environment where guests can dine and drink with their toes in the sand around wooden tables designed for sharing, connecting, and bringing people together. The all-day-dining restaurant presents simply executed and delicious Mediterranean-style dishes, and a sunset tapas menu for drinks and nibbles from one of the most beautiful view spots on the island.

Wellness and Impact are also priorities. At one with the nature in which Casa Pacha Formentera sits massage beds are located under the pine trees next to the dunes, and yoga offered on the roof. In line with Formentera’s own sustainability goals, Casa will be plastic free and will also support local environmental initiatives through the Ibiza and Formentera Preservation Foundation.

In addition to Casa Pacha Formentera, Pacha is expanding its footprint internationally this summer with the opening of Destino Pacha Mykonos and Lio Mykonos.

Pacha Group is an international holding company that operates in the music, leisure, entertainment, hospitality, fragrance and fashion sectors, among others, with a large international presence through its brands: Pacha Ibiza (Night club),Lío Ibiza and Mykonos, Destino Pacha Ibiza and Mykonos, Casa Pacha Formentera and Pacha Hotel. Pacha Group is committed to sharing the Ibizan lifestyle with the world, a carefree, fun, sophisticated way of life, committed to the environment and the people of the island.