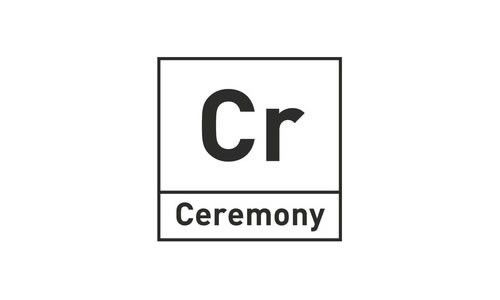 FOUND have forged a lauded reputation for delivering a series of exceptional events spanning daring outdoor locations across London. This year they are pulling out all the stops to present their biggest and most ambitious project to date – Ceremony will close summer 2014 as London’s last music festival of the season.

Positioned in one of London’s most culturally diverse areas, Finsbury Park has a long history of iconic music events. In 1967 Jimi Hendrix famously burned his guitar on stage at Finsbury for the first time and since then the park has hosted music icons such as Bob Dylan, The Sex Pistols, Sting, New Order, Kiss, Morrisey, and most recently, Stone Roses and Rage Against the Machine for their infamous free concert in 2009. This heritage makes Finsbury Park the perfect venue to host Ceremony; a festival that endeavours to look beyond the immediate sonic landscape, joining the dots of electronic music’s trajectory through history, to the present day and beyond.

Truly reflective of this overarching theme, Ceremony’s main stage will be headlined by one of house music’s seminal figures, Louie Vega. Both as a solo artist and one half of Masters At Work, the Grammy Award-winning producer has been pushing the boundaries of house music for over 20 years, inspiring generations of DJs and producers to follow in his footsteps. In contrast, the mysterious masked figure of Claptone exploded on the scene with his 2012 release on Exploited ‘Cream’, closely followed by his deeply soulful ‘No Eyes’ in 2013, which has amassed over 2.5 million YouTube views to date. Spearheads of Germany’s house music explosion and Exploited stalwarts Adana Twins will be adding their deep and dynamic sounds to the main stage. Bringing fresh, home-grown talent is Sheffield born producer Kidnap Kid who hit the ground running when his debut release ‘Vehl’ won ‘Best Electronic Music Track’ on iTunes in 2012. Since then he has honed his skill touring with the likes of Rudimental and Disclosure. Sublimely unpretentious Italian duo Flashmob have spent the last five years producing music focused simply on the quality and passion of their productions with a string of releases on esteemed labels Get Physical and Defected. Head honchos of respected LA based output Droog will be flying the flag for second wave US house, making for a truly global line-up and Berlin based Chasing Kurt round things off with a rare live set. Two very special guests renowned for some of this year’s biggest British born house productions are also set to be announced later in the summer.

The 51st State stage brings with it a collection of house music tastemakers and some of the finest names to have shaped dance music history. The first of a selection of American bred producers responsible for the genre’s lineage is Lil Louis, a forefather of Chicago house ever since he dropped ‘French Kiss’ back in 1989. Citing Lil Louis as inspiration for his descent onto the scene in the late 80s, Roy Davis Jnr will provide his signature “Soul Electronica” style that masterfully combines elements of disco, electronic and funky garage, culminating in the seminal track ‘Gabriel’. The group that took techno to the masses with chart topping tracks such as ‘Big Fun’ and ‘Good Life’, Inner City, joins 51st state to deliver a rare live celebration of their pioneering sound. A solo performance from founding member Kevin Saunderson will demonstrate his massive portfolio of work accumulated after almost 30 years since the birth of techno, proving he is certainly still on top of his game. Todd Terry represents the NYC contingent. Highly revered for his dancefloor remixes and eclectic range of musical reference points, Terry is a notable icon amidst today’s house revival. An integral fixture of the second wave of Chicago based producers of the 90s is DJ Sneak, the ‘House Gangster’ who’s redefining house music with a steady string of new releases. 51st State’s UK representative and garage Godfather, Grant Nelson completes the stage line up to add his soulful, classic touch that he is so famously recognised for.

Seminal club night Urban Nerds was amongst the first in the UK to pioneer the amalgamation of genres that would later define UK bass, booking hundreds of DJs, producers and MCs at the heart of the British dubstep, grime and drum & bass movements since its conception in 2007. Nerds has thrown parties across London’s biggest warehouse spaces, regularly hosted rooms at Fabric, held a six year residency at Snowbombing Festival and appeared at countless other festivals across the UK and Europe. The London party starters go back to their roots at Ceremony, welcoming Boy Better Know head honchos JME and Skepta for an exclusive London festival showcase of their Tropical imprint. Their performance promises to deliver an iconic throwback to some of their most prominent grime accomplishments that will also see Plastician, Preditah, and Logan Sama join ranks. Heritage UK Garage duo DJ Luck & MC Neat will also feature on the stage, responsible for many of the much loved garage anthems we all know and love. A pinnacle of the scene is Matt Jam Lamont, an intrinsic part of UK dance culture since its inception.

In a nod to the full spectrum of house and electro that Urban Nerds continues to infiltrate, immensely talented New York producer MANIK will also perform. An accomplished, genre-spanning sound means MANIK has garnered much attention over the past few years. Adding to the eclectic mix of producers is house music enthusiast and rising star Applebottom, with Rinse FM regulars Tom Shorterz and Cause & Affect renowned for their killer musical selections also contributing. Young Bristolian producer with a heavy sound, Woz and Just Kiddin provide their seductive, melodic sound and join Sam Supplier who completes the stage line up.

Magna Carta has amassed a line up that is a real testament to their unwavering reputation as tastemakers on London’s underground house and techno circuit. Leading the pack and playing the first of two epic Magna Carta back-to-back sets is the greatly revered techno figure Nick Curly, joined by established house heavyweight Simon Baker. DJ W!ld and his expansive musical approach will see the forward thinking Frenchman deliver a set that is renowned for its deep, dark and seductive sounds. Next up is Fur Coat, the Venezuelan pairing renowned for their funk infused beats that have seen them quickly build a solid reputation amongst partygoers since the massive 2012 release of ‘You and I’. AVOTRE main men Santé and Sidney Charles will take the reigns for the second back-to-back set, stylishly adding their own eclectic flavour of techno to the mix. Sensational rising talent Jordan Peak will also offer his wealth of versatile music ideas, with support from London’s finest, East End Dubs.

Supplying Ceremony with an exciting VIP concept, Egg Ldn present a top quality takeover touching on the London nightclub’s recent rise to the fore as one of the capital’s go-to venues for the most cutting edge in home grown and European electronic music. Fusing a unique blend of classic house with new, galvanized sounds, the legendary Chez Damier will headline Egg’s VIP stage. Accompanying him is the ever-creative MadTech protégée Citzen, an undeniable talent and champion of the ‘90s house revival that saw ‘So Submissive’ become an instantly infectious hit. Bringing an element of groove to the stage with their backroom disco vibes are London party favourites krankbrother, fresh from releasing a stunning debut album compilation on Defected. Support comes from rising Hot Creations star, Denney and two sets from much loved London sibling duos, The Menendez Brothers and The Willers Brothers.

ALL CEREMONY FESTIVAL GENERAL & VIP TICKETS ARE ON SALE NOW FROM: