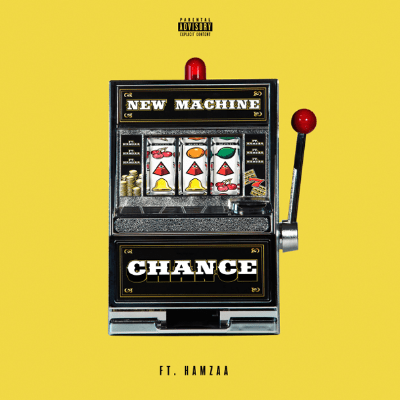 Raised in Ireland and now based in London, 27 year old New Machine’s production talents have previously led to collaborations with the likes of Joey Bada$$, Jorja Smith, Kojey Radical, Maverick Sabre and Plan B.

Now New Machine, aka Adam Jordan has unveiled the video for his first release of 2018‘Chance’, featuring the vocals of 18 year old Hamzaa, out now on Virgin EMI.

Inventive, abstract and bright, the visual affirms the energy of New Machine’s glitchy yet uplifting new single. It follows him and his peers through a hypnotizing montage of scenes that don't normally occupy your average music video, from a game of dominos to a self-styled new haircut, as they sing along to Hamzaa’s lyrics.

His debut 2016 release, ‘Dare 4 U’ feat. Aaron London was an underground retro-pop hit, receiving critical acclaim from the likes of Fader, The 405 and RWD Mag and radio support from Zane Lowe, Julie Adenuga, Huw Stephens and MistaJam and more. The release of ‘Chance’ looks set to expand his ever growing fanbase and tips New Machineas London’s hottest new export.