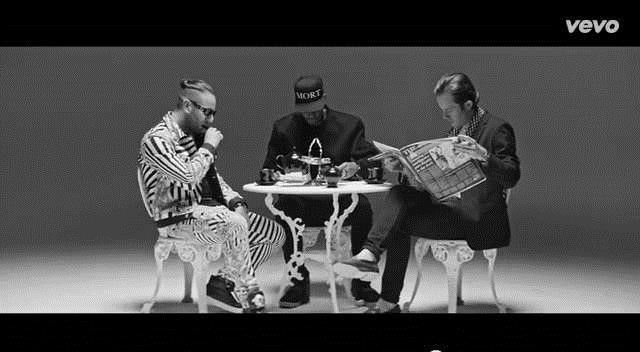 Chase and Status show no sign of slowing down in 2014. Fresh from headlining sold out headline shows at Lovebox and Global Gathering last month, the London based duo announce their new single will be festival favourite ‘International’. The track gets its worldwide radio premiere tonight on Radio 1, as Zane Lowe’s Future Exclusive. The video, which features Will, Saul, MC Rage, Andy Gangadeen and legendary Jamaican reggae artist Cutty Ranks and is directed by the talented young director Taichi Kimura, premieres at Complex and can be viewed here.

International is the fifth single to be taken from Chase & Status’ incredible #2 charting, third studio album Brand New Machine. Although he rarely agrees to a remix, US fellow bass heavyweight Skrillex provides one of the two killer remixes of International alongside that of Dimension. Fans will be invited to re-tweet the video link and hashtag #chaseandstatusinternational which will unlock a free download of the incredible Dimension remix once a certain number of retweets has been achieved.  The Dimension remix will also premiere at radio tonight on Zane Lowe’s show as part of the Future Exclusive.

Chase and Status, along with their critically acclaimed live band featuring MC Rage and Andy Gangadeen, ended 2013 with a headline arena tour of the UK culminating in a sold out show at London’s o2 Arena and spent early 2014 touring Australia with Future Music Festival. This Summer has already seen the band headline Global Gathering and London’s Lovebox Festivals, both to a riotous, packed out crowd of thousands. Still to come this Summer are performances at Boardmasters, V and Bestival, Lollapalooza and their weekly residency at Together @ Amnesia which sees the guys DJ at the legendary Ibiza super club every Tuesday night, the first bass music artists with a residency on the white isle. All dates can be found on their website.

Brand New Machine features vocals from a raft of new and upcoming British talent including Louis M^ttrs on Lost & Not Found, MTA signing Moko on the Top 5 festival favourite Count On Me, Jacob Banks on third single Alive and Ed Thomas on BLK&BLU. The duo, Saul Milton (Chase) and Will Kennard (Status) are extremely passionate about finding and nurturing new artists. They have their own label MTA Records, home to Nero, Moko, Kove, Ben Pearce and more.  Kennard is also part of a team set to open the East London Academy of Music, in September 2014.