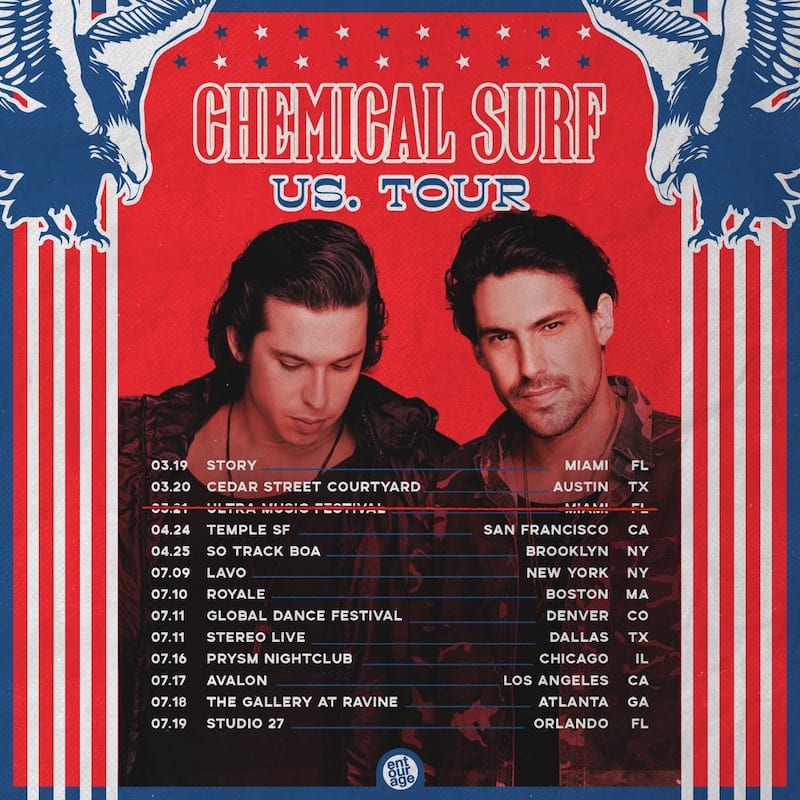 Formed by brothers Lucas and Hugo Sanches, Chemical Surf have established themselves as one of the fastest rising electronic acts in South America. The duo will be bringing their signature Brazilian sound and energetic live sets to iconic venues across both coasts. Hitting major cities including San Francisco, New York City, Boston, Chicago, Los Angeles, and more, the forthcoming tour will introduce Chemical Surf to a wide array of US audiences.

Bursting onto the scene in 2013, the duo have racked up over 80 million streams on Spotify alone with singles such as “Hey Hey Hey”, “I Wanna Do”, and “Feeling Good”, a collaboration with fellow Brazillian artist Vintage Culture on Spinnin’ Records. In addition to co-producing “Pararam” with Tiësto and a four-track EP on Martin Garrix’s STMPD imprint, their upcoming releases include collaborations with heavyweights Steve Aoki and Afrojack.

Over the years, Chemical Surf have proven themselves to be a true hit machine by constantly challenging genre norms and bringing a fresh perspective to the electronic music space. Representing a generation of influential Brazilian producers, Chemical Surf are gearing up for a massive year ahead as they take the States by storm this spring and beyond.

Tickets are available for purchase here. 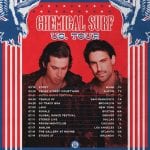