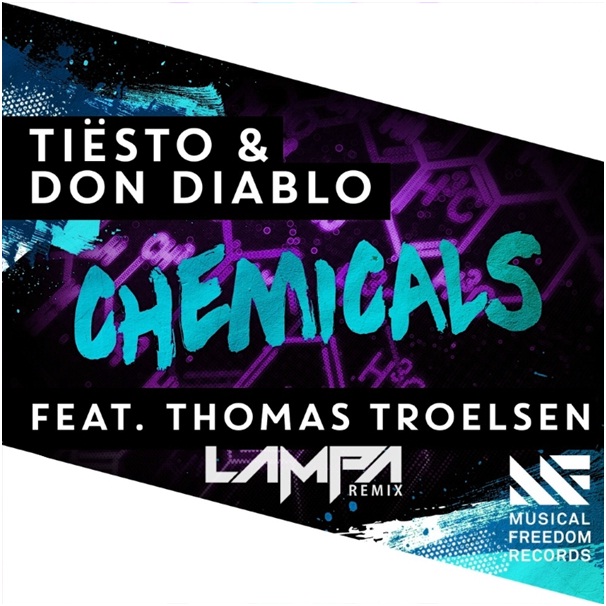 Rising talent Lampa is certainly becoming one of the hottest, rising names within the current Dance music panorama. Starting his production career back in 2007, Andrew Lampa, the man behind the Lampa moniker, put himself in the spotlight with a top-notch Progressive House remix of One Republic’s ‘Apologize’, following up with outstanding main-stage edits for A-list artists like: Dannic, Kanye West and Borgeous amongst many others.

Based in Winnipeg, Canada, Lampa is also becoming a highly in-demand figure on the DJing front. Having landed a residency at Stereo Nightclub, his hometown’s biggest EDM club, he later earned a spot at the renowned Reign Nightclub, where he is now warming the crowds every Saturday. 2015 has been a big year for DJ and producer Lampa and he is looking to end it in style with his latest project – a stellar remix of Tiesto and Don Diablo’s ‘Chemicals’, which he’s submitted as an entree for the official remix contest associated with this track.

Lampa’s rendition of ‘Chemicals’ kicks off with dreamy synth-arrangement, putting Thomas Troelsen’s smooth vocals in full display, whilst building up towards a colossal ascension. The track bursts into a subby drop, characterised by infectious lead-synth melodies, pitch shifted vocals and pumping grooves. Lampa pulls back on energy levels and brings back the uplifting verse, before heading into a mesmerising breakdown. Another build-up is unleashed, heading the track into another cracking drop which later leads the production into a mellower, stylish conclusion.

Whilst Tiesto, Don Diablo and Spinnin’ Records will be the main judges for this contest, you can help Lampa get noticed by casting your vote. The winner of this remix competition will be having an official release on Hexagon or Musical Freedom in addition to receiving some gear, whilst those placing in 2nd and 3rd will be taking home a software, gear and merchandise package. With such a quality effort, Lampa is certainly a worthy contender for the top spot, so be sure to check out his ‘Chemicals’ remix and show him support with your vote!